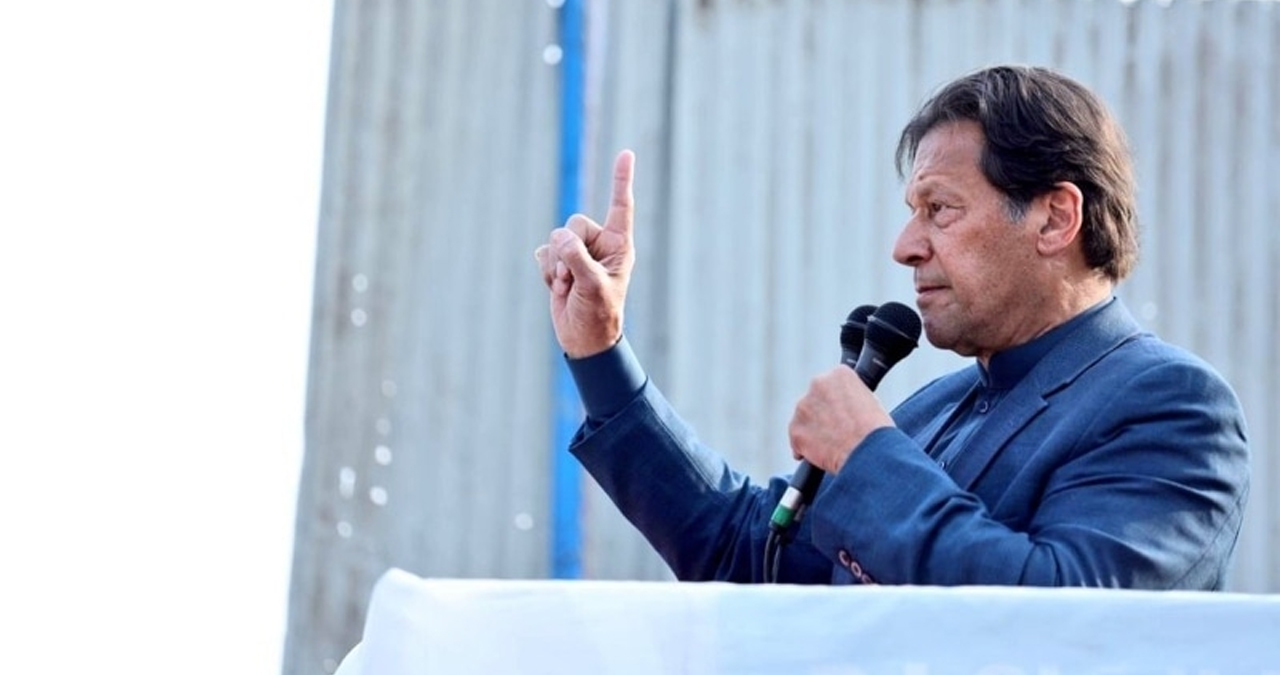 The premier made this admission in his address at a public gathering in Mandi Bahauddin.

“I admit that we made a blunder by allowing Nawaz Sharif to go abroad,” Imran Khan said.

The Prime Minister said that Maulana Fazlur Rehman was striving to topple his government because it was the first time the Assembly was running without “diesel.”

Calling the opposition a bouquet of dacoits and a gang of thieves, the premier said it wasn’t him calling them thieves. “They themselves have been terming each other thieves and looters for decades,” PM Khan added.

“They are all afraid of Imran Khan. I promise to my nation that I won’t leave them all until my last breath. I will recover the plundered money,” he maintained.

Imran called Shehbaz Sharif a “faint-hearted man,” saying that the latter had come to know that the secret of keeping billions in his peon’s account was not a secret anymore.

Elaborating on the peon reference, PM Khan said Maqsood Chaprasi was an employee of Shehbaz Sharif’s Sugar Mill on a salary of Rs15,000 per month, but FIA unearthed Rs4 billion in his bank account. The PM alleged that Shehbaz helped send Maqsood Chaprasi abroad.

“If you haven’t committed any wrongdoing, what are you afraid of,” he asked before answering that “they are afraid of Imran Khan”.

Imran Khan said Shehbaz was in a hurry because he won’t be able to prove his innocence in Chaprasi’s matter. “If you guys are innocent then why do you seek time from courts,” Imran asked. Imran recalled that inflation was at a peak during PPP and PML-N tenures and added that inflation was at its highest in the US and UK in the last 40 years. He asked people to verify the fact through a google search on their mobile phones. Khan promised to reduce inflation, saying the masses would soon see that the government was providing relief.