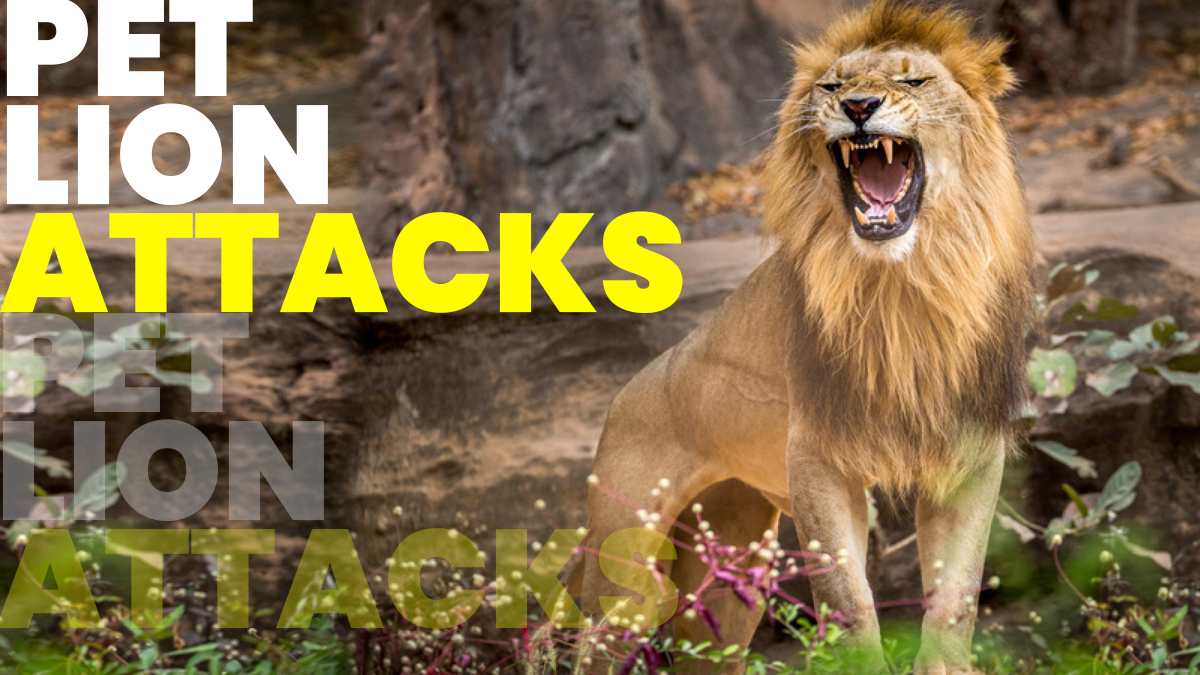 For obvious reasons, petting a lion is illegal in most countries but somehow people seem to be ignorant towards the dangers of keeping the wild animal at home. An incident in Pakistan showed how dangerous it can be to keep the animal anywhere close to human life.

On a Friday night, a video went viral where a pet lion could be seen attacking a 10-year-old in Karachi. The child was seen walking past the lion, when it suddenly attacked him and the child had to immediately be rushed to the hospital. The child was declared out of danger after being kept in observation a while.

For the above matter, the police have made two arrests–one of them is a security guard in the area and the other one is a man identified as Saad. After the company was registered in the nearby police station, the owner of the lion went missing from his residence. As per the sources, his name has been identified as Usama and the police are currently conducting raids to get hold of him.

The full proof case will only be filed when the owner of the ‘pet’ lion is arrested. An officer from the department confirmed that the owner is involved in illegal trade practices  of wild animals. He explained that as per the arrested people, the brother of the owner was reportedly taking the lion to his friend’s house when this incident occurred.

Usama is on the run and he has taken the lion along with him, said the police officer. The case will be registered by the Sindh Wildlife Department and according to its wildlife conservator a legal action will soon be taken as things become clear. “Keeping a carnivore species as a pet in a residential area is a criminal act,” he tweeted.

Many of the users then asked Mahar that how is it even possible to purchase big cats from the market? How did they become available? Mahar understood the curiosity and said that it is a long process. He added that mainly the people who have allowed the big cats to be imported are responsible for this.

He highlighted that 20 years ago, the government had given permission for import of big cats because of which it has multiplied in thousands in the last few years. According to the Sindh Wildlife Protection act, if the world life species are kept without a permit or license, then the person is eligible to be kept behind bars for six months.

Furthermore, if the animals are found to be hurt in any way or are being used for commercial purposes, then too, the person is eligible for strict punishment.