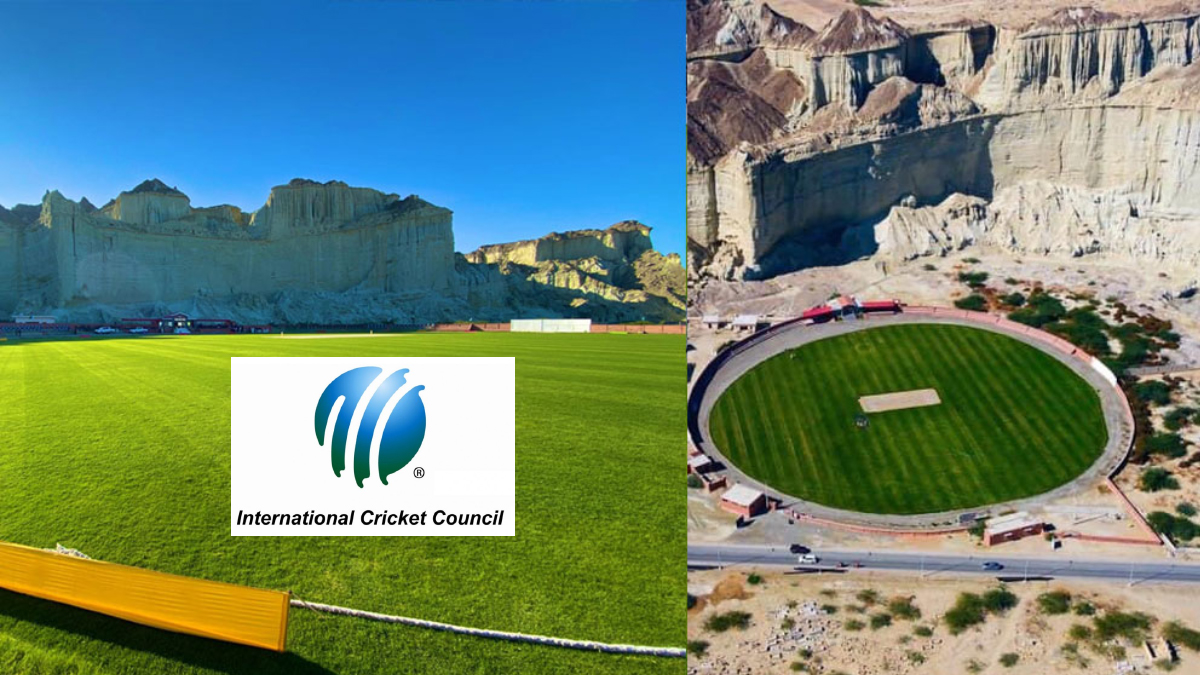 The lush-green stadium is surrounded by beautiful white mountains with a backdrop of clear blue sky. As the pictures of the breathtaking stadium went viral on social media, Twitter users shared more pictures of the cricket venue and lauded its natural beauty.

🖼️ Show us a more picturesque sports venue than the Gwadar cricket stadium in Balochistan.

Pakistani singer and actor Fakhr-e-Alam shared the pictures of the cricket venue, commending its striking beauty. In a video, Fakhr-e-Alam described it as the “most beautiful cricket ground.” He further urged international teams to visit the ground and play cricket in it.

“As a cricket lover myself I have to thank GOC Gawadar Gen Amer Najam who has been the driving force behind making this venue truly a must-visit & must playground. Just simply spectacular,” he said in his tweet.

Prime Minister Imran Khan also admired the beauty of the stadium by sharing few pictures in his Facebook post. He regarded the venue as “the world’s most picturesque cricket stadium.”

Replying to Fakhr-e-Alam’s tweet, former Pakistani batsman Faisal Iqbal said that he is looking forward to visiting the ground.

“Simply brilliant. I have been watching pictures of this ground and very much looking forward to visit there soon, as Head Coach Balochistan @1st_xi will do my best to find talent with our @TheRealPCB team from this beautiful city of Gawadar also InshAllah!” Faisal Iqbal tweeted.

Former Pakistani captain Wasim Akram was also awestruck by the beauty of the cricket stadium as he called it “one of the prettiest grounds in the world.”

Reportedly, the cricket venue is named ‘Senator Muhammad Ishaq Baloch Cricket Stadium’. It was inaugurated in November 2020 by Balochistan Chief Minister Jam Kamal Khan. The Gwadar stadium was jointly constructed by the provincial government of Balochistan and the Pakistan Army. In 2019, the Pakistan government had allocated Rs 20 million for the construction of the cricket stadium and Baba-e-Bizenjo Football stadium in Gwadar.

During the inauguration ceremony, Jam Kamal stated that the government is working on extending the Baloch Cricket Stadium as well by establishing a new cricket ground in Gwadar in line with international standards. He called the Gwadar cricket stadium “a unique project” of Pakistan, aimed at promoting health and recreational facilities for the youth. The Balochistan CM has affirmed that development works for more than 30 sports complex projects are currently underway across the province. The provincial government has been taking various steps to attract the country’s youth towards sports and other creative activities. It is employing all resources for the progress and development of sports, tourism and investment in Gwadar.