Hajj in the time of Coronavirus 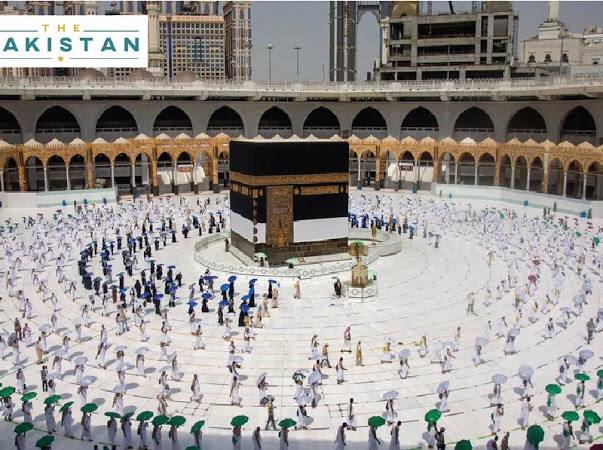 Between 1,000 to 10,000 pilgrims of Saudi Arabian region arrived at Mount Arafat to pray and seek salvation at Makkah on Thursday following strict standard operating procedures.

The Covid-19 has forced the Saudi authorities to bring the down the number of people attending Islam’s biggest pilgrimage from 2.5 million last year to just 10,000 that too only from Saudi Arabia.

Contrary to the past trend when millions garbed in two-piece cloth of Ihram flocked to gather at Mount Arafat, this time a small number of people were seen within safe distance of each other while participating in the hajj pilgrimage.

The prayerful people were travelling in small groups of 20-30 and arrived at Namira masjid where they heard the sermon from the Sheikh. “We thank all Muslims for their positive role in responding to [Saudi Arabia’s] measures to protect them from the spread of the pandemic by imposing measures that ensure the protection of Makkah and Madinah,” he said.

After listening to the sermon, the prayerful then departed for the mountain to pray there and then headed to Muzdalifah where they were given — for the first time and keeping in view the standard operating procedures — sanitized pebbles to stone Iblis symbolised in the pillars.

The Saudi Arabian government has announced a range of measures to sanitize the mosques, places of praying and ensure a biosecure zone for the people performing Hajj.

The preparations include the appointment of 3,500 workers who will be responsible for cleaning the mosque with 54,000 litres of sanitizing agents each day. The mosque floors will be sanitized and cleaned 10 times everyday. In addition, the government has built six dedicated hospitals for the pilgrims with 51 clinics and around 200 ambulances to stay alert at all hours.

The hospitals have also been staffed with around 8,000 medical professionals distributed into 52 teams.