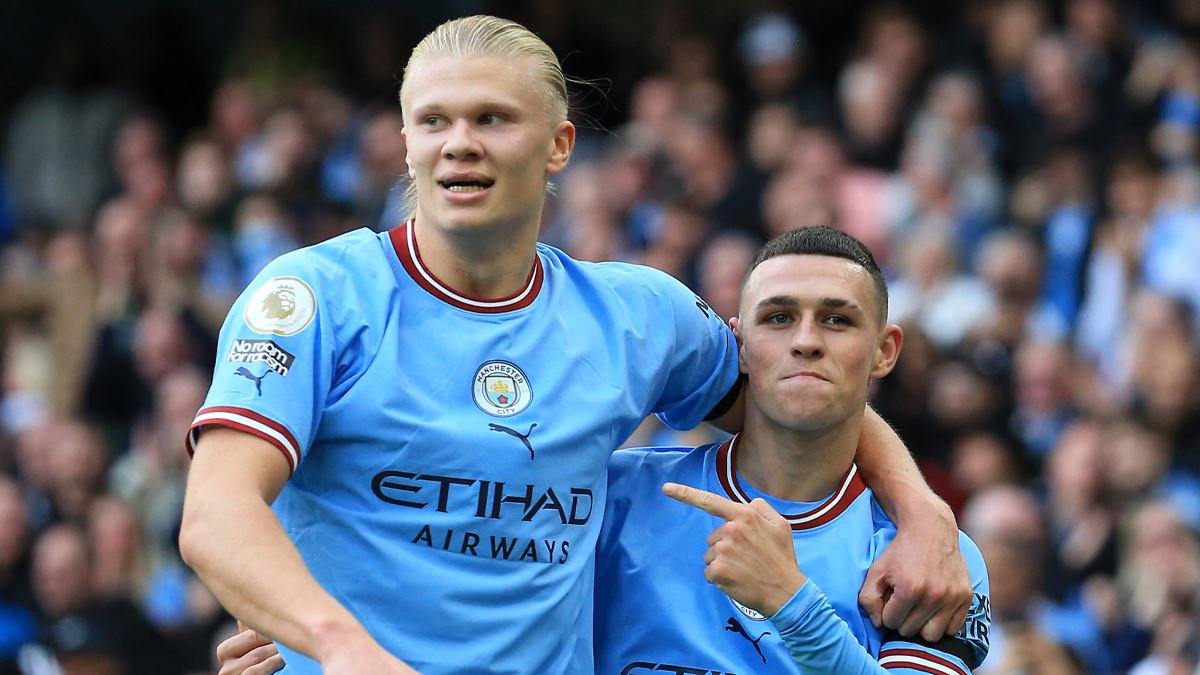 On Sunday, Manchester City defeated Manchester United 6-3 to close the gap on Premier League leaders Arsenal to one point thanks to hat-tricks from Erling Haaland and Phil Foden.

United, who are still in sixth place and nine points off the lead, needed an Antony goal and a late Anthony Martial double to avoid a record loss in the Manchester derby.

Haaland has now scored three hat-tricks in his previous four Premier League home games, bringing his total for City to 17 goals in 10 competitive matches for the English champions.

Red Devils had a sobering reminder of the gap between the Manchester giants still in existence.

City could have scored many more goals than the four they managed in a dominant first-half display that dispelled any concerns sparked by Pep Guardiola’s team’s erratic start to the season.

Before Foden, a native of Manchester, scored the opening derby goal on eight minutes, Haaland, Kevin De Bruyne, and Bernardo Silva had all had their shots stopped.

Before Haaland unavoidably made his impact on the game after 34 minutes, Ilkay Gundogan’s free-kick hit the post and Foden missed another excellent opportunity.

Raphael Varane was forced to leave the game at halftime due to an ankle injury, leaving United to lament his absence for failing to cover a De Bruyne corner.

Without the Frenchman, Haaland’s presence in the penalty area proved unstoppable as his header crossed the line prior to Tyrell Malacia’s errant clearance.

Soon after, Jack Grealish fed De Bruyne, who expertly picked out the Norwegian to score on the stretch at the back post. Haaland completed the move.

Govt’s Subsidised Flour Out of People’s Reach in Karachi

‘Mera Naam’ by Soch The Band is Out Now