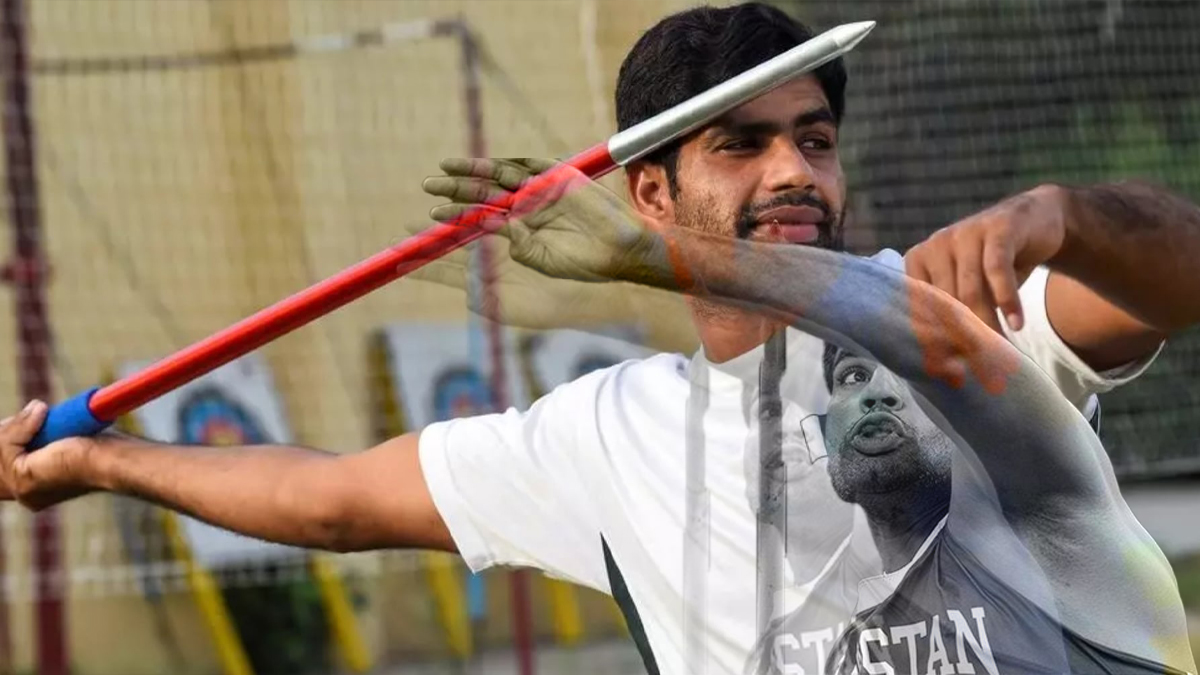 Pakistani Olympian Arshad Nadeem has finally broken silence over the recent controversy encircling the javelin throw competition after a video on social media went viral in which India’s Neeraj Chopra can be seen taking his javelin from Nadeem before the final competition commenced.

Arshad said Neeraj Chopra taking the javelin from him was in no way a big deal.

Both players had competed in the Tokyo Olympics final in the javelin throw competition.

Nadeem confirmed that Chopra took the javelin from him during the final.

“It may be possible that this was Neeraj’s favourite javelin during practice sessions, which is why he took it from me. Things of this sort are pretty common during competition,” he said.

During an interview with an Indian publication, the Indian gold medalist mentioned that he could not locate his javelin prior to his first throw.

Chopra said that he was in search of his javelin when he saw Nadeem holding it. He then rushed back to Nadeem and requested his javelin for the throw.

This video circulated on social media, and soon after, Indians started doubting the Pakistani athlete’s intentions. Chopra took to his official Twitter handle to urge people to avoid giving air to “vested interest and propaganda.”

He tweeted, “I would ask everyone to please not use my comments and me as a medium to promote your vested interests and propaganda.”

Furthermore, Chopra stated, “Sports teaches us to be united and together. I am very disappointed to see some of the reactions from the audience on my recent comments.”

On August 8, Pakistan’s athlete Arshad Nadeem missed out on a chance to win a medal in the Tokyo Olympics’ javelin throw final. He, however, won the nation over with the spirit and courage displayed throughout the contest.