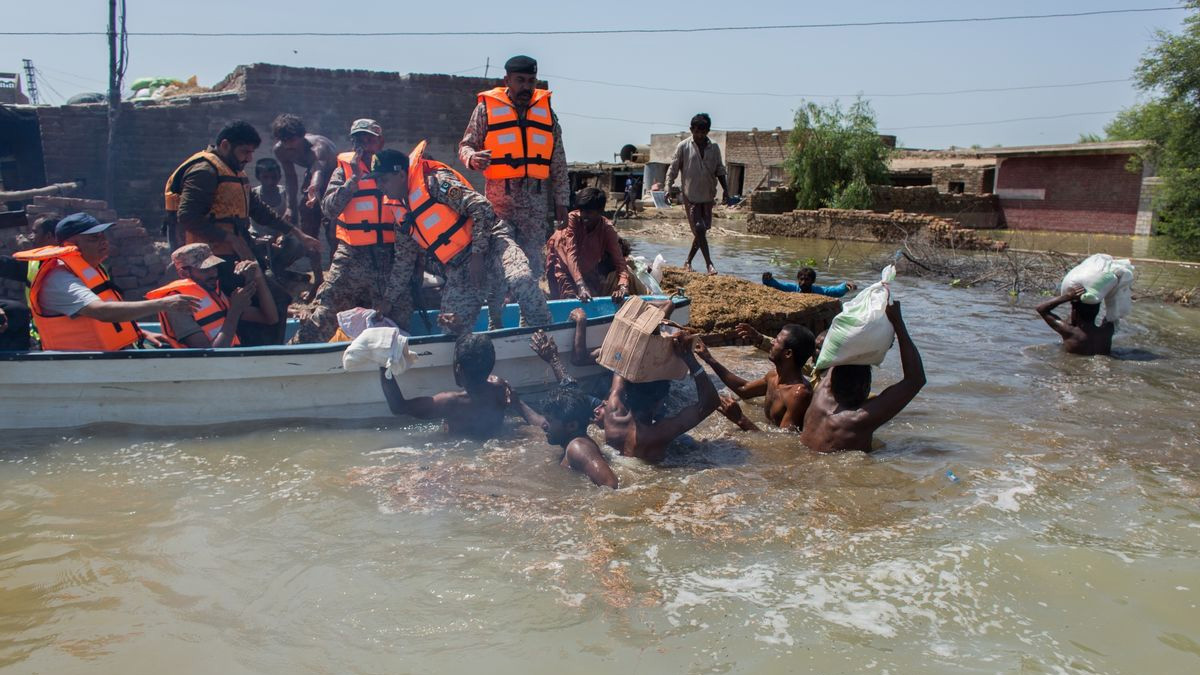 Planning Minister Ahsan Iqbal stated on Friday that Pakistan anticipates reducing its projected Gross Domestic Product (GDP) growth from 5% to 3% for the fiscal year 2022-2023 due to losses from the disastrous monsoon rains and floods.

His warning came as the National Disaster Management Authority (NDMA) revealed that 1,396 people had died and nearly 12,700 people had been injured as a result of the catastrophic floods.

According to the NDMA’s most recent situation assessment, approximately 1.7 million dwellings have been damaged by flooding overall, either completely or partially, along with over 6,600 km of highways and 269 bridges.

Speaking at the joint press conference for Prime Minister Shehbaz Sharif and UN Secretary-General Antonio Guterres was Mr. Iqbal, who is also the chairman of the National Flood Response and Coordination Centre (NFRCC).

In his briefing, NFRCC Coordinator Maj Gen Zafar Iqbal stated that at least one-third of Pakistan was under water. He also predicted that there would be more than $30 billion in total damages.

According to NDMA data, 81 districts in all—32 in Balochistan, 23 in Sindh, and 17 in KP—remain classified as “calamity-hit.”

According to the minister, whereas the 2010 “mega floods” affected almost 20 million people, the current flash floods have affected over 33 million people nationwide, of whom over 0.6 million are staying in relief camps.

Hill torrents were a problem since there was insufficient infrastructure to deal with the calamity, which led to significant losses in terms of crops, animals, infrastructure, and human life.

According to Mr. Iqbal, who was quoted by the APP news agency, Pakistan anticipated a two percent reduction in GDP growth as a result of a number of crises, the worst of which were the floods, the IMF’s delayed allocation of money, and the growing economic scenario following the Russia-Ukraine war.

An assessment survey on relief activities in the provinces will begin by Monday, the NFRCC spokesman said, adding that coordinated efforts between civil administration, the military, and NGOs, including the UN humanitarian organisations, were in full motion.