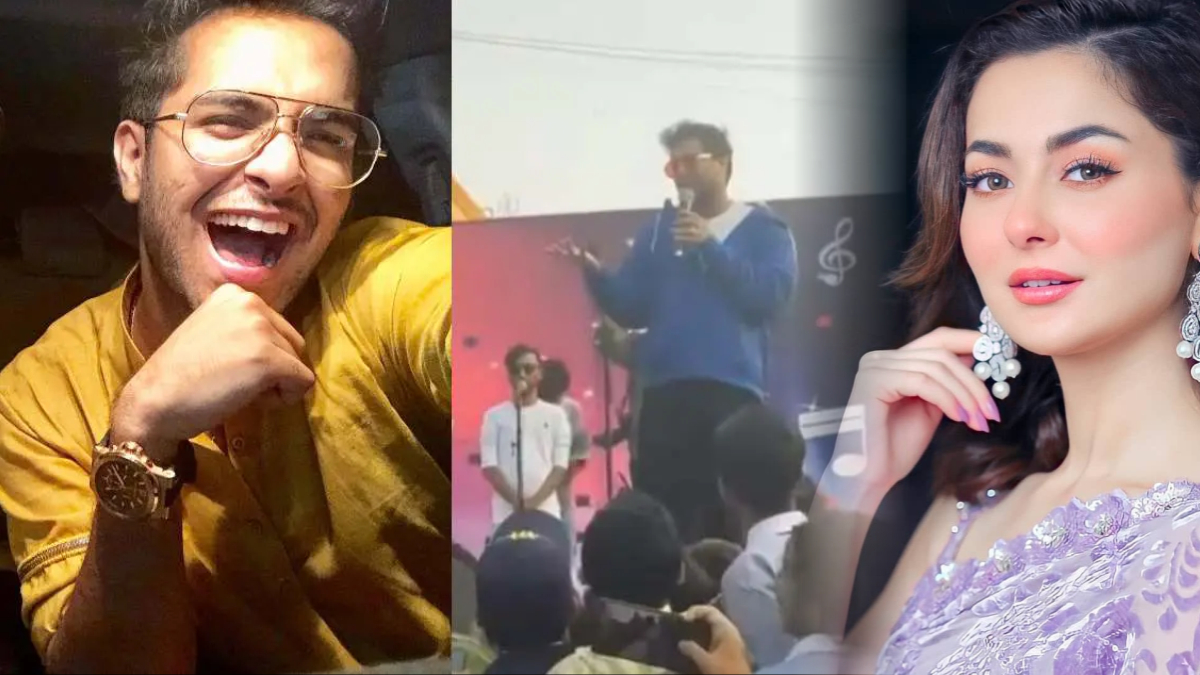 In Asim Azhar’s concert in Multan

Responding to the slogans of his audience, Asim asked them to refrain from taking “extra names”.

“This isn’t funny. If you guys take these extra names, I won’t be able to enjoy it”.

Even though Asim’s response showed his inner feelings, people on social media praised how Asim Azhar handled the matter in a relaxed and calm manner.

The fans are well aware of the negativity that evolved between the ex-couple.

On the other hand, Azhar and fashion model Merub Ali have been alleged of being romantically involved. The duo is mostly seen together during showbiz events and other gatherings.

However, last week, Merub appeared in an interview and shed light on how she sees the musician. Merub said there was nothing intimate between the duo. The model clarified that Azhar was not her ‘step brother’ or a ‘cousin’ as speculated by many, adding that she had known the musician since her childhood as they were family friends.

The model’s revelations disappointed a lot of fans yearning for Azhar and Merub to be in a romantic relationship.

Speculations regarding Asim Azhar and Merub arose some time back because of their frequent appearance in pictures/videos on social media. Lately, during one of Azhar’s concerts, his ex-girlfriend Hania Aamir was seen dancing to his songs while standing in the crowd. Meanwhile, Merub was also seen in the musical night which made Twitterati start a conversation in the comment section regarding her, Hania, and Azhar.

However, the way the model cleared up all doubts regarding her relationship status with the music personality calls for a stop the constant gossip regarding the duo.