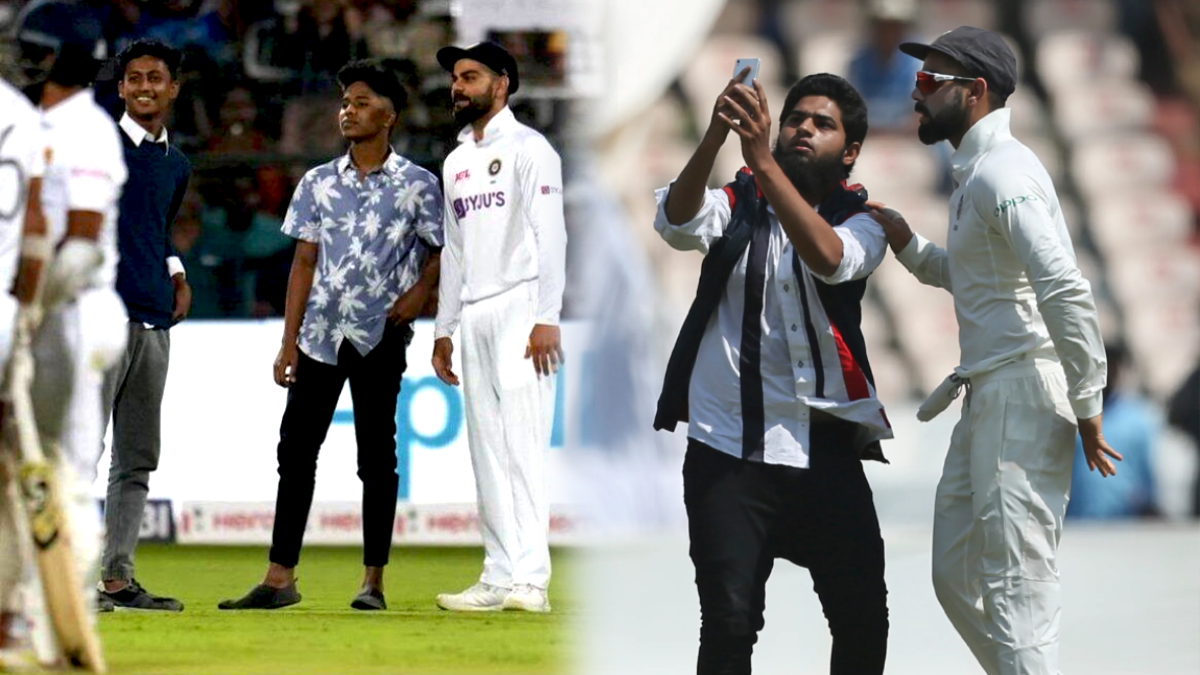 One out of the three fans managed to click a selfie with Kohli, thus, returning successfully.

Kohli was standing at first slip in the last session of the second day of the pink-ball Test versus Sri Lanka. It was then that three young men ran on the field, attempting to embrace the player.

Kohli was taken aback by the intrusion in the beginning. Later, the Indian star obliged the fans’ request. He still signalled to the fans not to come too close because of the bubble protocols.

A group of security officers eventually overpowered the youngsters before taking them off the field. The crowd roared and clapped.

Kohli, 33, is often the subject of adulation due to his unmatched persona. One fan even touched his feet before taking a selfie when the star was featured in an Indian Premier League game in 2018.

The crowd has welcomed Virat Kohli with huge applause each time the batter has appeared on the ground. The M Chinnaswamy Stadium is home to his IPL team Royal Challengers Bangalore.