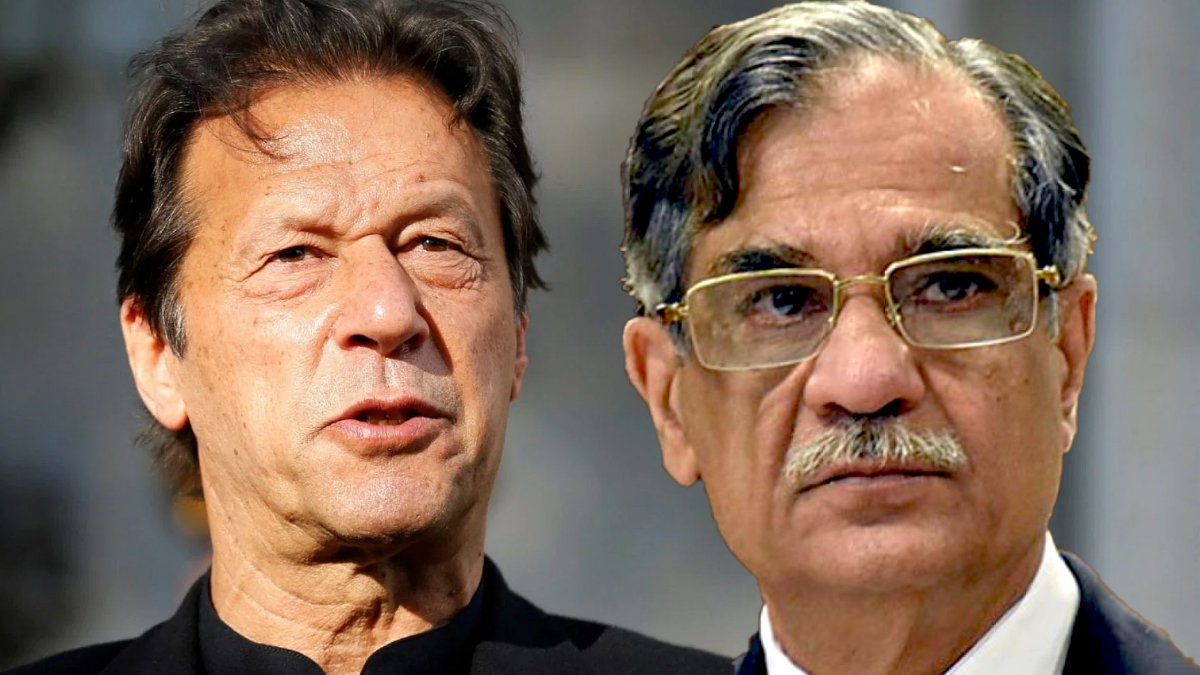 Following the huddle, Nisar told a news channel that he voiced concern over the malicious campaign against the judiciary on various social media platforms during his sitting with Khan. “I told Imran Khan that an utterly wrong perception was being created about the judiciary. There are very good and competent judges present,” ex-CJ Nisar said.

Nisar said the ex-premier did not discuss Punjab’s overall political situation with him. He said they discussed various legal options but did not specify anything.

In a tweet, the PML-N Vice-President, Maryam Nawaz, said it was a sitting of the one who had falsely painted the other as honest and upright. Maryam regretted that Nisar had tarnished sacred words like trust and veracity. Meanwhile, Interior Minister Rana Sanullah said: “The characters in the drama of Panama and Iqama had gathered at one place. One has robbed the Toshakhana and the other owes the dam money. I can call it the drop scene of those involved in the conspiracy against Nawaz Sharif.”

On the other hand, ex-PM Khan has urged three million of his party supporters to reach Islamabad on his call. He was addressing a PTI workers’ convention at the Aiwan-e-Iqbal here on Wednesday, wherein he said that the imported government had come into power with the US support. Khan said the move was not acceptable, and the US had been buying Pakistan’s politicians and media in the past as well.

The ex-premier said Condoleezza Rice had written a book detailing the brokered deal between Benazir Bhutto and Pervez Musharraf. Imran said Musharraf had given an NRO, and now another NRO was in preparation. Khan said all the cases of Zardari were to be quashed. He said these Sharifs and Zardaris had looted the country, and Maulana Fazlur Rehman was also siding with them.

Business ideas: How and what to get started with in Pakistan