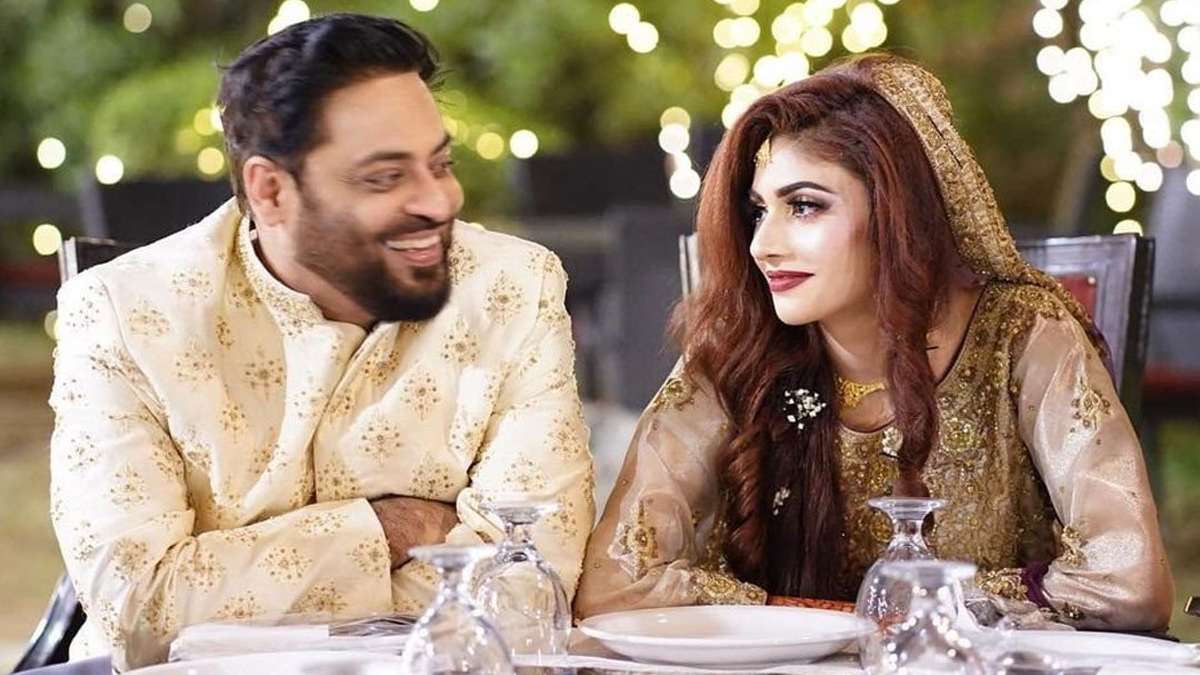 Dania Shah, the third wife of TV host Aamir Liaquat Hussain narrated Saturday her ordeal in a viral video after filing for divorce.

The former couple has been making headlines after leveling grave allegations against each other. As the TV host shared alleged leaks of Shah, the girl shared her story of abuse and torture while residing with the former PTI member.

Speaking in a clip, the youngster from Bahawalpur said that Liaquat used to disrespect her in front of servants apart from verbally harassing her. Shah burst into tears while detailing Aamir’s recent Instagram post.

“Why did he feel the need to marry me despite being aware of my character?” she asked, while rejecting the belief that she is not getting divorce for fame. “Marriage is all about giving respect to each other,” Shah said.

Dania added that the televangelist used to resort to inappropriate comments while he also demanded for intolerable acts.

Shah mentioned that Liaquat forced her to make intimate videos to “send to clients abroad” and locked her up for several days on refusal.

Meanwhile, the ex-PTI member also took to social media and detailed his side of the story. In a post, Liaquat claimed if they hadn’t contracted the marriage formally, he would’ve revealed the real facts.

Aamir also denied allegations of physical assault and consuming alcohol. “Never in my entire life have I consumed alcohol or crystal meth,” he said while urging Shah to get a medical report to substantiate her claims.

The duo came to the limelight after the young bride uploaded a bombshell video to reveal that her formal marriage contract with 49-year-old Liaquat had hit the rock bottom after which she approached the High Court to carry out the legal procedure.

It is pertinent to state that the couple got hitched in February this year soon after Liaquat’s second wife, Syeda Tuba Anwar, announced her separation from the TV host.