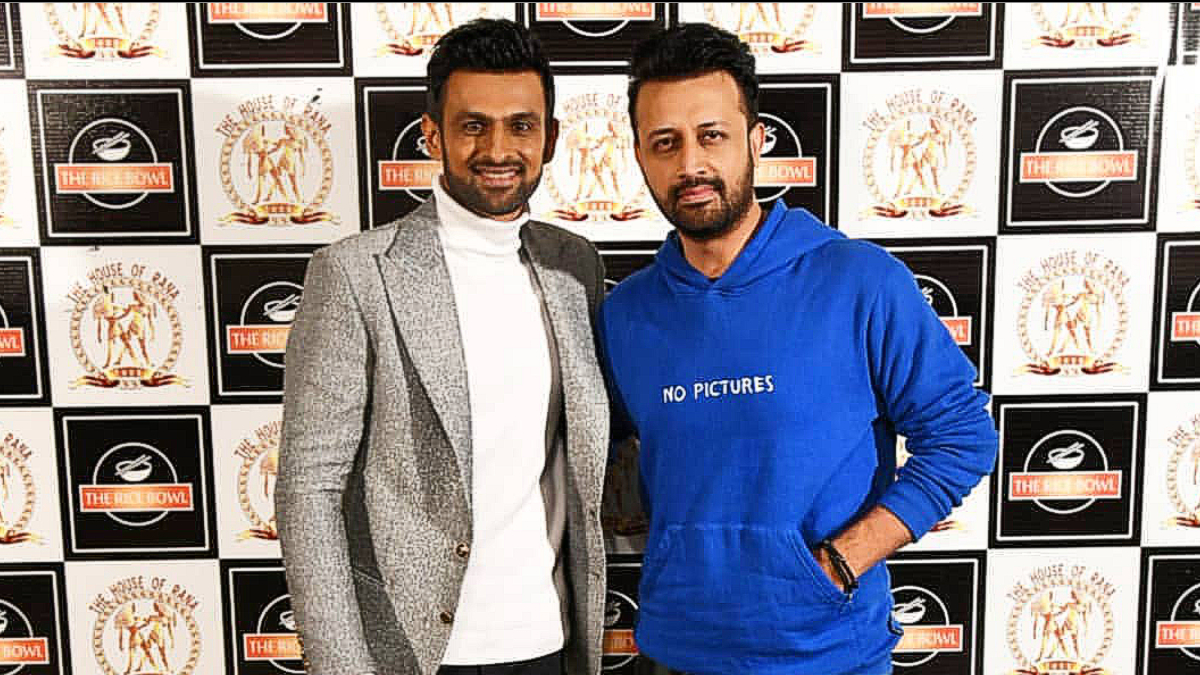 Shoaib Malik took to Twitter to thank the pop star for attending the launch ceremony. He said it was a “pleasant surprise” for him to see the singer on the special day.

“A lovely surprise to see Atif Aslam pop out of the blue at the launch event of #RiceBowl earlier today. You are great, Sir. love you,” Malik wrote.

Recently, media reports said Peshawar Zalmi’s Shoaib Malik would be singing the anthem for his franchise.

In the picture, Malik can be seen wearing fancy sunglasses and accessories on his hands like rappers.

It is pertinent to state that the official anthem for the T20 tournament hasn’t been released yet.