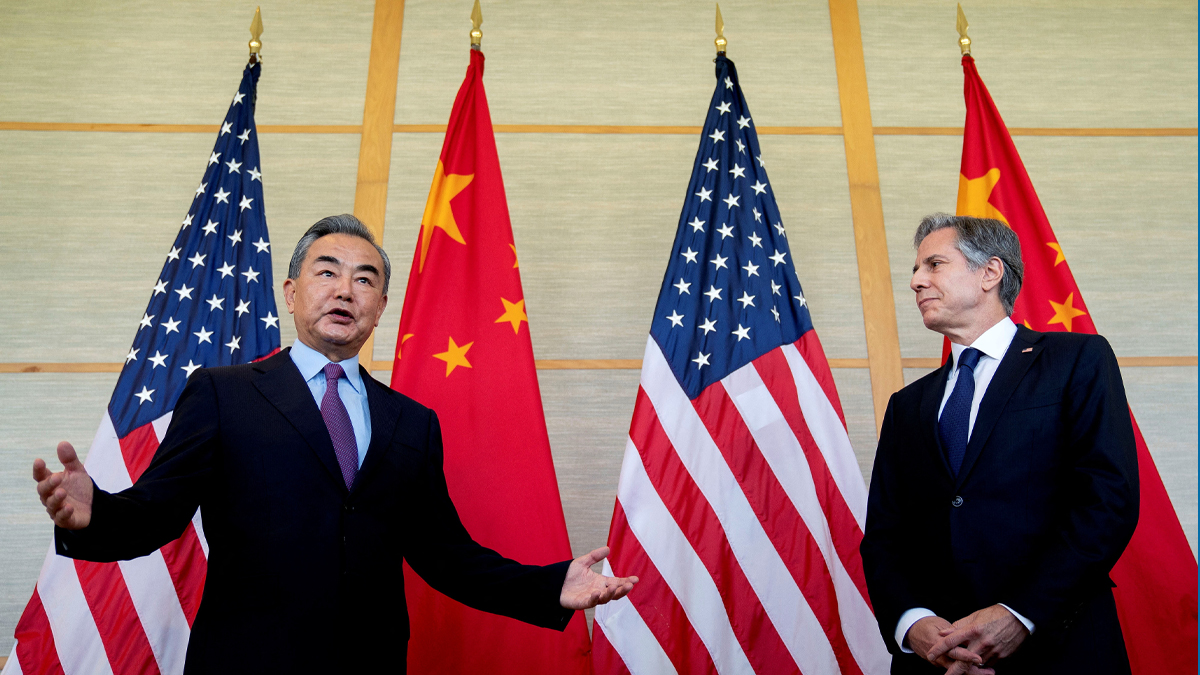 Antony Blinken, the US Secretary of State, and Wang Yi, the Chinese Foreign Minister, talked in person for the first time since October. They did this on Saturday after the top US diplomat led attempts at a G20 summit to put pressure on Russia over its war in Kyiv.

US officials say that Blinken’s session with Wang in Bali, Indonesia, which will include talks in the morning and a working lunch, is meant to keep the tense relationship between the US and China stable and stop it from accidentally getting worse.

No Alternative For Face-To-Face Diplomacy

“There is no alternative for face-to-face diplomacy,” Blinken told reporters at the start of the meeting. “In a relationship as complicated and important as the one between the United States and China, there is a lot to talk about.”

“We look forward to a very much to a useful and helpful conversation,” he said.

Blinken is likely to warn China again not to back Russia’s war in Ukraine, and the two sides will talk about contentious issues like Taiwan, China’s large claims in the South China Sea, its growing influence in the Pacific, human rights, and trade tariffs.

Joe Biden And Xi Jinping Are Likely To Talk Again

But both sides want to keep the relationship stable, and Blinken and US officials say that President Joe Biden and Chinese President Xi Jinping are likely to talk again in the next few weeks. This is likely to be a topic of discussion at Saturday’s meeting.

“China and the U.S. are both big countries, so it’s important for them to keep talking to each other normally,” Wang told reporters.

Wang said, “At the same time, we do need to talk to make sure this relationship keeps going in the right direction.”

Daniel Russel, who was the top US diplomat for East Asia under former President Barack Obama and is still in close contact with Biden administration officials, said he thought one of the main goals of the meeting would be to talk about the possibility of Biden and Xi meeting in person for the first time as leaders, possibly at a G20 summit in Bali in November.

China is the United States’ biggest strategic rival, and the US is worried that China might try to take over the democratic island of Taiwan one day, like Russia did with Ukraine.

Tell China What We Want Them To Do

Daniel Kritenbrink, the top US diplomat for East Asia, said on Tuesday that he expected a “frank” conversation with Wang and that it would be another chance “to tell China what we want them to do and not do in relation to Ukraine.”

Beijing and Moscow announced a “no limits” partnership a few days before Russia invaded Ukraine on February 24. But US officials say they haven’t seen China help Russia get around tough sanctions put in place by the US or give it military equipment.

But China hasn’t said that Russia’s actions are wrong, and it has criticised the harsh sanctions.

US officials have warned that there will be consequences, such as sanctions, if China starts giving material support to Russia’s war effort, which it calls a “special military operation” to weaken the Ukrainian military.