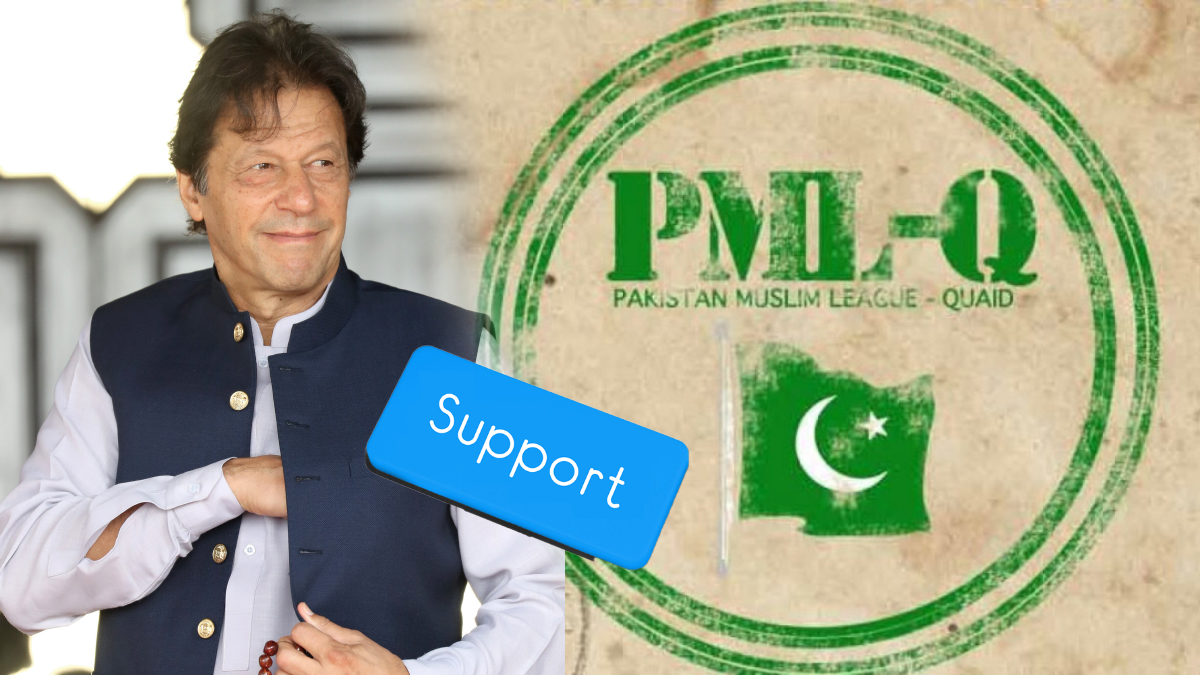 A key ally of the PTI-led government in Punjab and at the Centre, the Pakistan Muslim League-Quaid (PML-Q) assured the prime minister of its complete support to foil the opposition’s motion of no-trust.

The PML-Q’s statement came after PM Khan met with the Chaudhrys of Gujrat at their residence in Lahore on Tuesday.

As per a statement issued by the PML-Q leadership, the Chaudhry brothers informed the PM about their meeting with the Opposition Leader, Shehbaz Sharif.

The PML-Q leaders said that they had told Shehbaz that if the opposition’s bid to remove PM Imran failed, their political future “would get bleak”. “We should refrain from such a trick which has less chance of success,” the Chaudhrys reportedly told Shehbaz.

The PML-Q leadership assured Imran Khan that the attempts of the no-trust move were nothing more than a “myth”.

PM Khan inquired about the health of the PML-Q chief, Chaudhry Shujaat Hussain. He discussed the overall political scenario of the country in the meeting. It is pertinent to state that the Prime Minister was in Lahore on a day-long visit.

The prime minister has planned to meet other government allies following his meeting with the leadership of the PML-Q. Imran Khan will also meet Balochistan Awami Party (BAP) and MQM-P leaders soon.

Moreover, PM Khan, during his visit to the provincial capital, also held a meeting with the PTI parliamentarians from all divisions of Punjab.