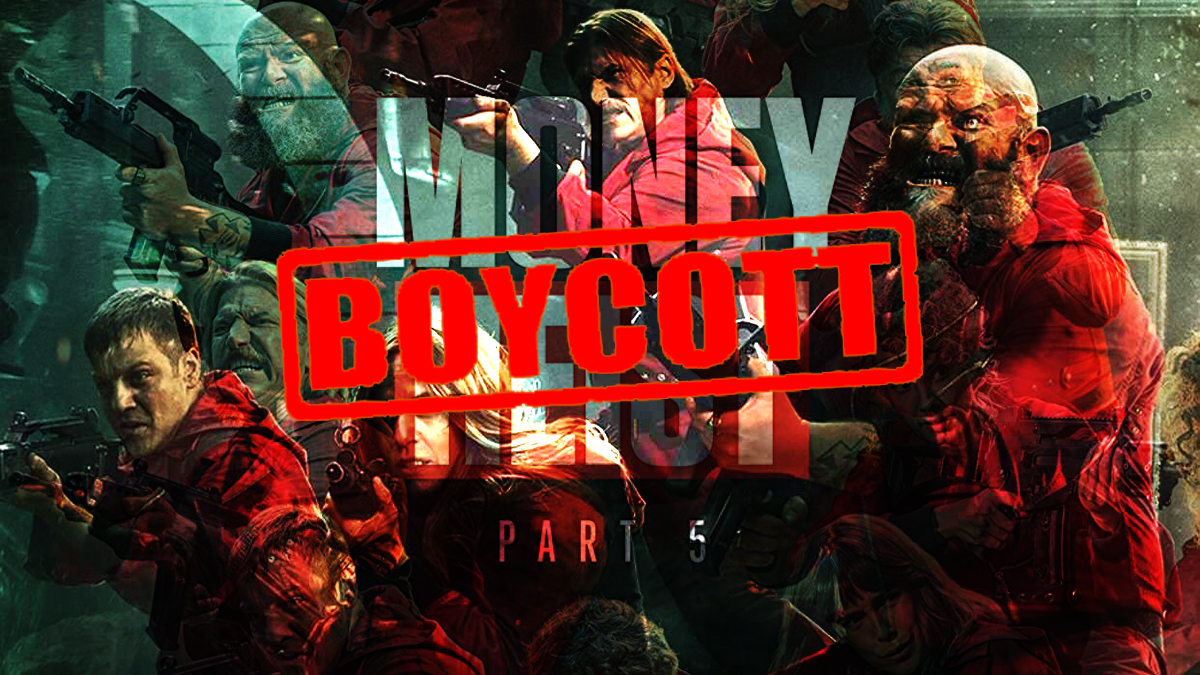 Fans of Netflix’s Spanish drama Money Heist are uniting to boycott the series after cast members lauded Israel during a recent interview.

The cast showed up on Israel’s Channel 12 to promote the fifth edition of the show prior to its release on Sept. 3 – where they were inquired about their visit to Israel.

Spanish-Armenian actor Hovik Keuchkerian, essaying the character of Bogota, spoke that he would love to visit Israel, continuing that he had heard “wonderful things” about the place.

Actor Darko Peric, who plays Helsinki, was quoted as saying: “My visit to Israel was a wonderful experience, and I desire to come back again. I understand that there are a lot of fans of the show here, and the people are great here.”

Hovik Keuchkerian, who essays the character of Bogotá, also expressed his wish to visit the country, saying he heard “wonderful things” about Israel, even going as far as to praise their drama Fauda that shows Israeli commandos indulged in missions in occupied Palestinian territories.

Peric and Keuchkerian are not the first Money Heist stars to praise Israel.  Jaime Lorente, aka Denver, showed praise for the country in a 2019 visit.

The aforementioned Netflix show has since been criticised heavily by activists and commentators, who have blamed the show for exploiting Palestinian suffering and changing it into entertainment.

Humanists and activists took to Twitter to call for a boycott of the show.

“While millions of Money Heist fans are watching the fifth season, performers from the show appeared on an Israeli show, showing their support for the Israeli occupation of the Palestinian land and celebrating its criminal activities against the occupied residents,” one Twitter user wrote.

Palestinian activist Omar Ghraieb slammed the show cast, saying, “Turns out that Money Heist’s cast sang praises about the illegal Israeli occupation & the drama they produced was inspired by oppressing & killing Palestinians. It is a matter of shame.”