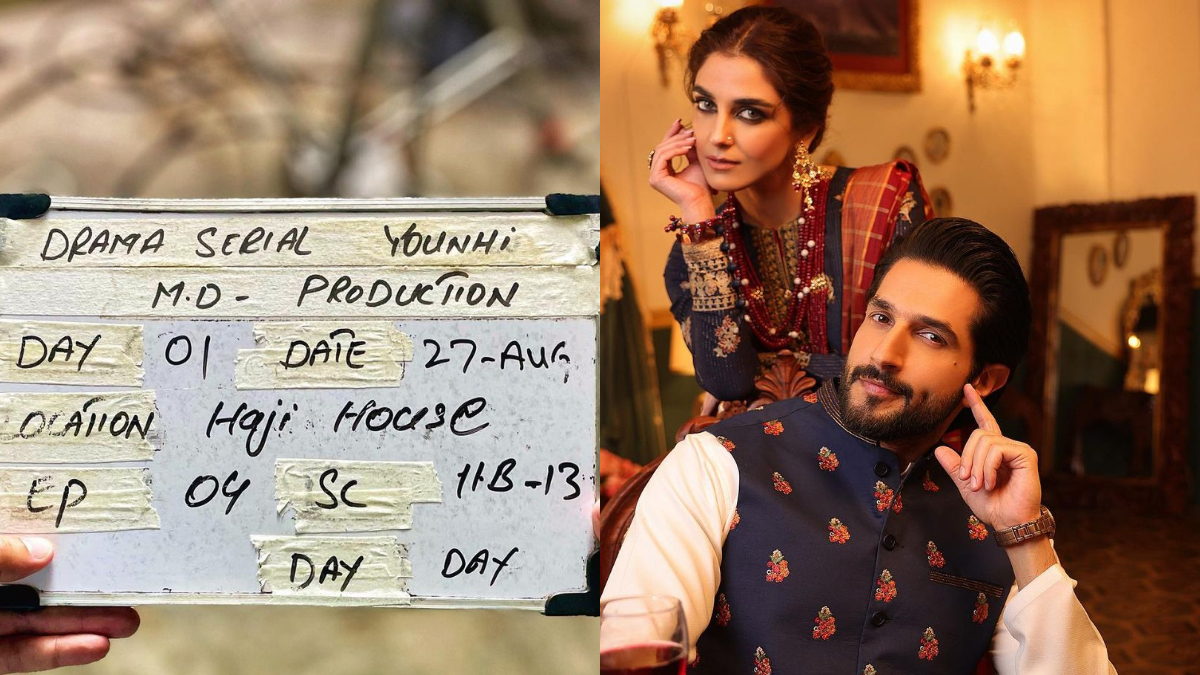 An upcoming drama serial with Maya Ali will mark Bilal Ashraf’s television debut. The stars have previously worked together on photo campaigns for HSY and AlKaram. They also featured together as Quetta Gladiators brand ambassadors during the PSL season. Their on-screen chemistry will now be put to the test to see if it lives up to their picture shoot chemistry!

On Sunday, Ashraf posted a picture of a clapperboard with the name of the drama, Younhi, the day and date, the location, and the episode number.

The Superstar actor tagged the cast and crew in his post and remarked, “Bismillah – Pehla [first].”

No show spoilers were provided by Ashraf and Ali, but they did reveal that Mohammed Ehteshamuddin is directing and Momina Duraid is producing the drama for HUM TV. Regarding the remainder of the star cast, the drama’s title, their character’s descriptions, and other information about the programme, the celebrities have kept mum so far.

Additionally, the two actors and publicist Syed Noman Alam were pictured together on the set of their future production.

Career in the Entertainment Business

Ashraf began his career in the entertainment business by producing films, including Superstar and Aik Hai Nigar with Mahira Khan, Janaan with Armeena Khan, Ali Rehman, Hania Aamir, and Usman Mukhtar, Yalghaar with Shaan Shahid, Humayun Saeed, Hassan Rana, Adnan Siddiqui, and Ayesha Omar, Rangreza with Urwa Hocane and Gohar Ras He was never able to appear on a movie screen, though.

Ali returned to our TV screens last year in Pehli Si Mohabbat alongside Sheheryar Munawar, his first appearance since Parey Hut Love. With her historical drama Jo Bichar Gaye starring Wahaj Ali this year, she won over many fans.