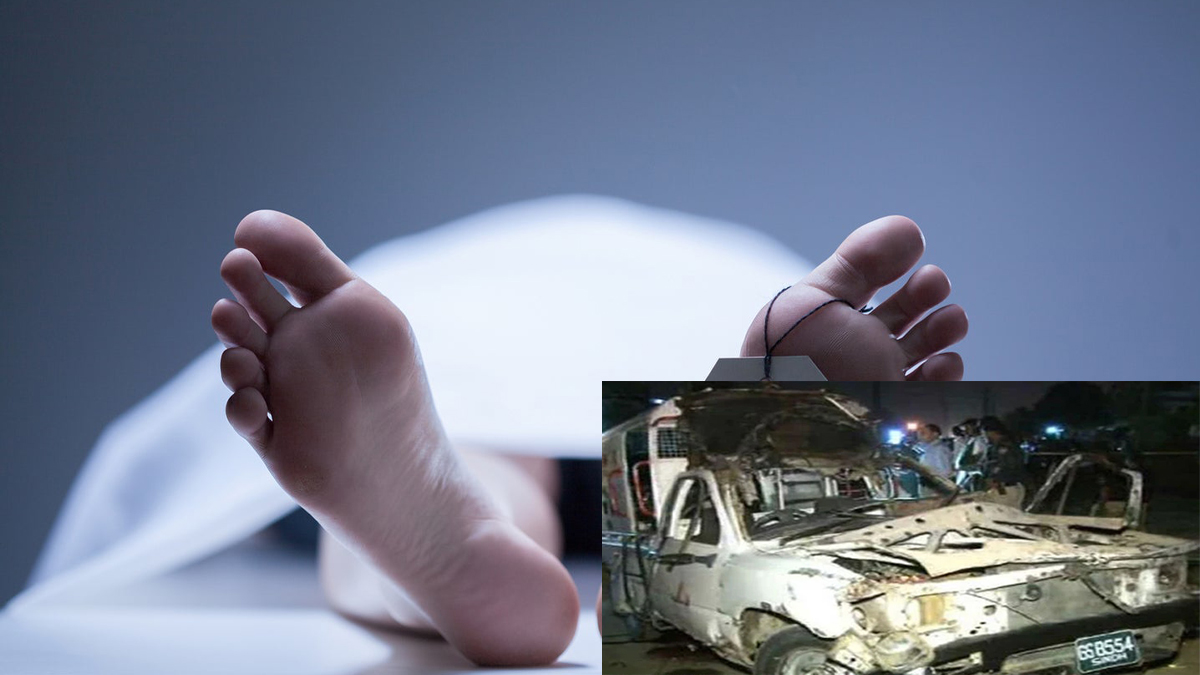 An FIR has been registered against unknown men for attacking a small truck in Karachi’s Baldia Town late Saturday night.

The case has been lodged at the Madina Colony police station. It has been registered by a man named Mairaj Khan and includes charges of murder and terrorism. The investigation would be taken up by the Counter-terrorism Department.

About thirteen people died, and seven were injured after the blast was reported Saturday night. The attack took place on the RCD Highway (also known as Hub River Road) near Mowach Morr. The Shehzore mini truck was attacked by militants, said police.

Its cargo bed was packed with 25 passengers, mostly women, their sons and brothers.

As per details, the women came from six different households, and the total number of families targeted in the attack is nine. Police said they came from the same extended family, which belongs to Swat, Khyber Pakhtunkhwa.

Unknown men on a motorcycle drove near to the truck and began firing. They threw something in the truck, after which the blast occurred, a senior police official said. The men managed to escape.

According to initial reports, the blast occurred at 9:45 pm within the range of the Madina Colony police station, South DIG Javed Akbar Riaz said. Those injured were moved to Civil Hospital, Karachi.

Since the attack coincided with the Independence day celebrations, the police suspect a banned separatist organisation behind the attack.

The passengers were getting home after attending a marriage ceremony.

The 2007 model truck belongs to a man named Amir Iqbal. The police have arrested the truck’s driver.

Federal Interior Minister Sheikh Rasheed Ahmed immediately took notice of the blast in Karachi and sought a report of the incident from IG Sindh and DG Rangers.

Rasheed expressed sorrow over the loss of innocent lives in the incident.