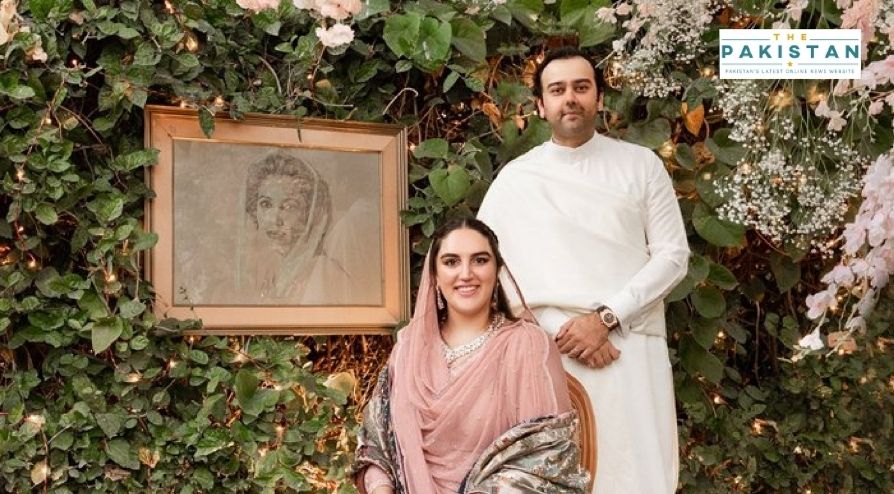 Benazir Bhutto exchanged rings with Mahmood Choudhry in the presence of the city’s prominent names — including politicians, business tycoons, and lawyers — at the engagement ceremony at the Bilawal House.

The ceremony was held in the open area of Bilawal House Karachi, Bakhtawar Bhutto-Zardari’s engagement ceremony was without the presence of her brother and PPP Chairperson Bilawal Bhutto, who has quarantined himself after testing positive for the Covid-19.

Although, he joined the ceremony through the video link.

However, Bakhtawar’s father Asif Ali Zardari was only able to attend the event for a very short period of time as he was also released from the hospital under strict directions from the doctors.

Zardari was shifted to the hospital after he fell sick on November 22.

As per the pictures and videos of the event on social media, the food menu for the guests included Pakistani and English food, such as koftay [meatballs], biryani, chicken broast, and fish, the sources said, adding that special meals were prepared for kids.

Bakhtawar-Bhutto Zardari said that it was “a very sentimental & emotional day,” she had said on Twitter. “So grateful for everyone’s love & prayers. Especially our PPP family who, I know, are eager to participate.”