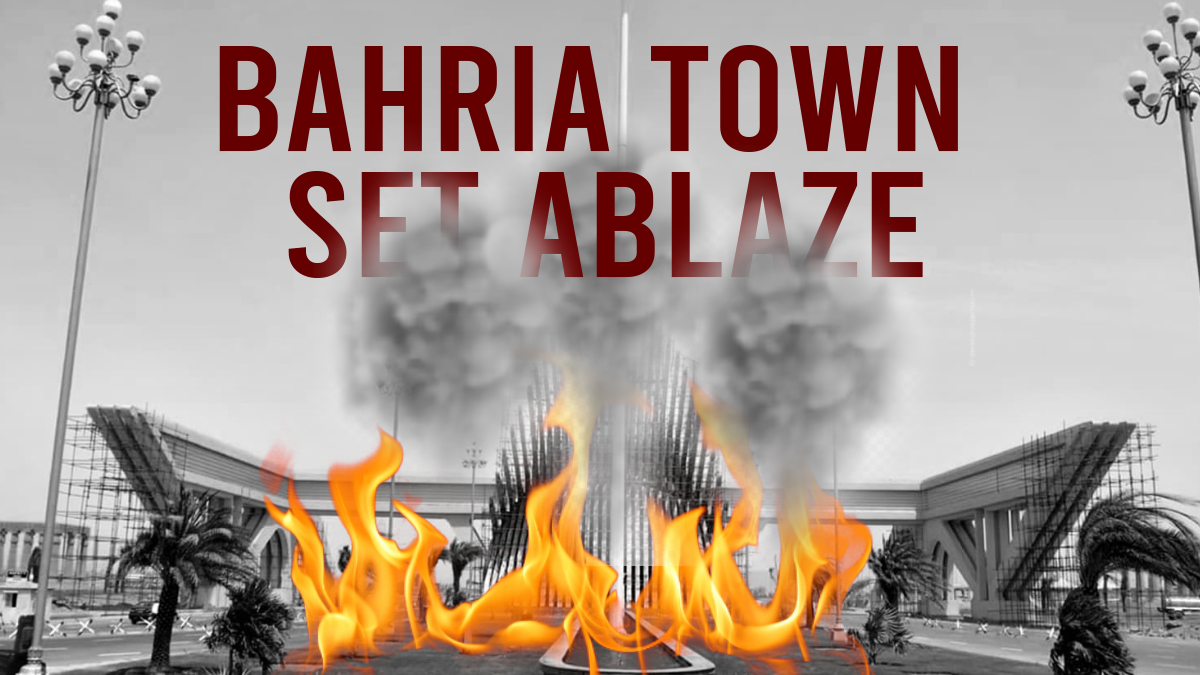 Hundreds of protesters attacked Bahria Town Karachi, on Sunday, and set several vehicles and shops in the housing society to fire.

As per the police and residents, this happened when a large number of protesters, staging a sit-in outside the society, went out of control.

They were protesting over a forced eviction from their ancestral lands in the area and ‘demolition of villages’ in the name of development..

Several vehicles, two international fast food franchises, two offices of estate agents and a showroom were set on fire as the mob forced its way through the main gate of the mega housing project.

Police responded by teargas shelling and fired rounds of rubber bullets to control the situation that went ugly instead of getting in control.

The protesters refused to accept any blame for the situation, alleging that the BTK staff themselves set fire to the main gate and the Business Trade Centre to give an ugly colour to their peaceful protest.

The police, however, managed to disperse the protesters after some time.

Following the attacks, the Karachi Water and Sewerage Board resorted to an emergency at its Safoora hydrant.

The Sindh Action Committee had given a call for the protest against the hostile takeover of some goth lands by the management of Bahria Town.

The committee is composed of groups being led by Jalal Mehmood Shah, Qadir Magsi, Ayaz Latif Palijo and other several Sindhi nationalist leaders. The call for protests is being supported by The Sindh Indigenous Rights Alliance, which has a record of leading several such protests.

The Muttahida Qaumi Movement-Pakistan (MQM-P) has condemned the incident in Bahria Town, calling it a “huge loss of Karachiites”.

“The people of Karachi have rendered loads and loads of sacrifices for peace,” said MQM-P’s Khawaja Izharul Hassan.

Hania Aamir under fire for her latest viral video