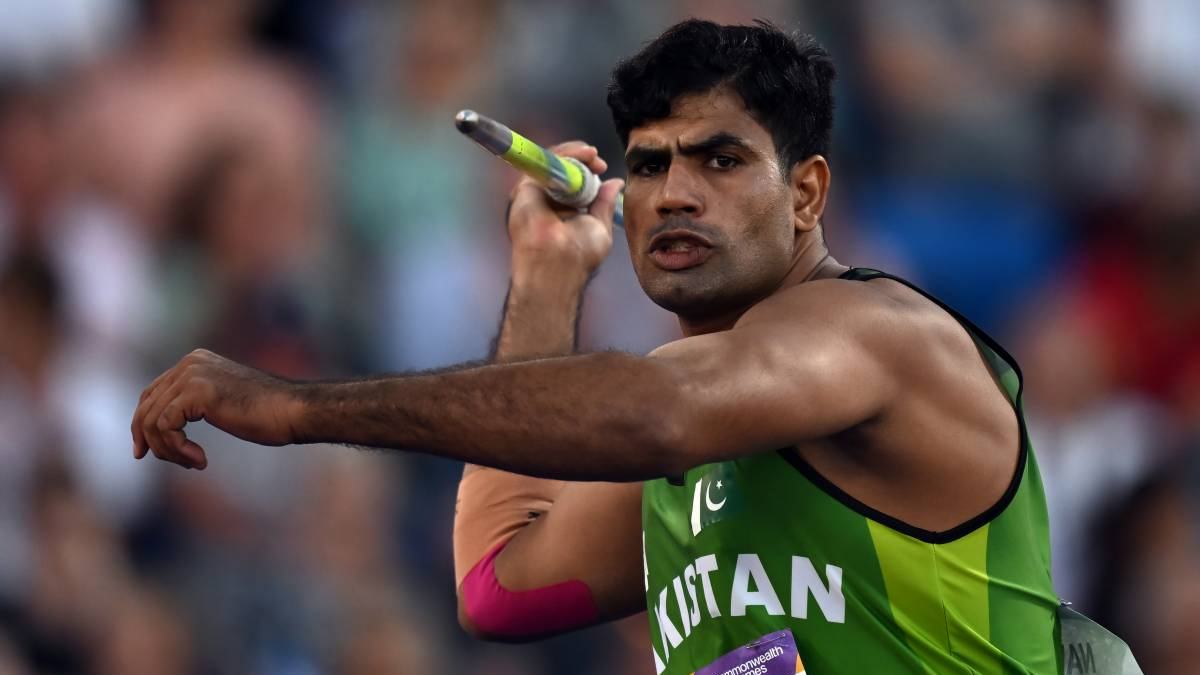 Arshad Nadeem went to his knees and prostrated after the gold was given in record-breaking fashion, ending Pakistan’s 56-year medal drought in track and field at the Commonwealth Games.

This meant a lot indeed. This was amazing. Against all odds, and with his throwing elbow extensively wrapped due to injury, Arshad won the javelin throw final at Alexander Stadium on Sunday evening with a monstrous 90.18-metre throw.

Pakistan’s first athletics medal at the Games since 1966

This was Pakistan’s first athletics medal at the Games since 1966, as well as the country’s first javelin gold, surpassing Mohammad Nawaz’s silver in the inaugural edition of the quadrennial multi-sport event in 1954 and Jalal Khan’s second-place result in 1958.

It was Pakistan’s second gold medal in Birmingham, the first coming in the +105kg weightlifting competition, which Nooh Dasagir Butt won with a Games record.

Arshad, like Nooh, was one of Pakistan’s major medal chances heading into the Games, and he made his intentions clear with his first throw.

Arshad’s first effort was 86.61 metres on an evening where he improved on his personal best three times.

He was laying down the gauntlet for the rest of the field, and the question was whether it would be enough for gold.

Arshad improved his personal best with a throw of exactly 88 metres despite a foul on his second try.