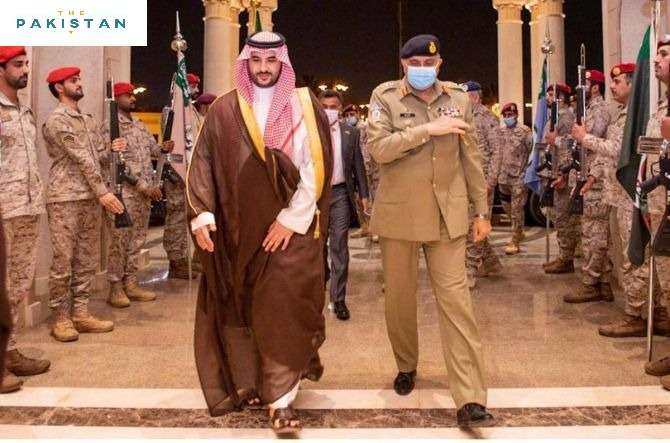 Chief of Army Staff General Qamar Jaweb Bajwa met with the Saudi Arabia’s Defence Minister to iron out differences between Riyadh and Islamabad.

“Earlier, on arrival, COAS was received by His Excellency General (Staff) Fayiadh bin Ha’med Al-Rowaily Chief of General Staff. COAS was presented Guard of honour at the Ministry of Defence, KSA.”

Although, official channels said the meeting revolved around the bilateral defence ties. However, news reports said the meeting was meant to help mitigate the new found differences between Islamabad and Riyadh.

The fallout came after Qureshi, angered over Saudi Arabia’s refusal to hold a high-level meeting to condemn the Kashmir issue, on August 5 said, “I am once again respectfully telling the OIC that a meeting of the Council of Foreign Ministers is our expectation.”

“If you cannot convene it, then I’ll be compelled to ask Prime Minister Imran Khan to call a meeting of the Islamic countries that are ready to stand with us on the issue of Kashmir and support the oppressed Kashmiris.”