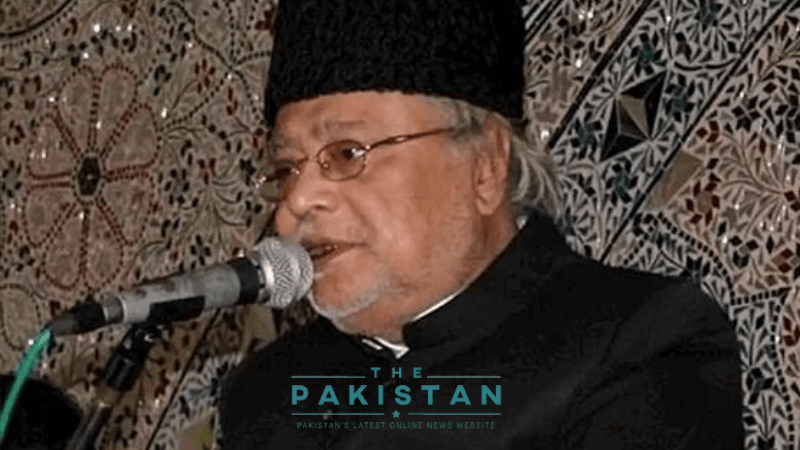 His last rites were performed at the Amroha Ground, Ancholi, Karachi where thousands gathered to pay their respects.

He was shifted to the ventilator after being treated at the hospital’s intensive care unit (ICU) for the last 15 days. However, details of his ailment are still unknown.

Allama Shahenshah Navi, while confirming the news of his death, said he is survived by three sons.

Jauhari was born in Patna, India and migrated to Pakistan in 1949 along with his father Mauana Ghulam Mustafa Khan Jauhar. He then lived in Najaf, Iraq for a decade to study hadith, tafsir, sharia, islamic philosophy and kalam. He has written numerous books, poems and other essays on Islam and was a strong proponent of Shia-Sunni unity.

His book “Hadees-e-Karbala” is considered one of the most accurate sources for students learning the events of Karbala.

For his services to further the islamic teachings, the government of Pakistan had honored him with the Sitara-i-Imtiaz — award for highest degree of service to the country.

He became a household name in Pakistan due for his televised gatherings on Sham-e-Ghareeban at the Pakistan Television Network (PTV). He was the spiritual leader of the followers of the Shia sect in the country and abroad.

Prime Minister Imran Khan, in a message, expressed his grief and sorrow over the loss of such prolific teacher of Islam. He also extended his condolences to the Allama’s family.

The Chief of Army Staff General Qamar Bajwa also shared his grief and said that “May Allah bless the departed soul in eternal peace and give strength to the bereaved family.”.

The news comes a day after another renowned scholar, Mufti Naeem, head of the Jamia Binoria, passed away after suffering a heart attack.

Members of the National Assembly, in Monday’s session, read fateha and prayed for Allama Jauhari and Mufti Naeem.

Pakistan to get $350m from ADB, World Bank for anti-locust operation