All you need to know about Saddar’s blast in Karachi 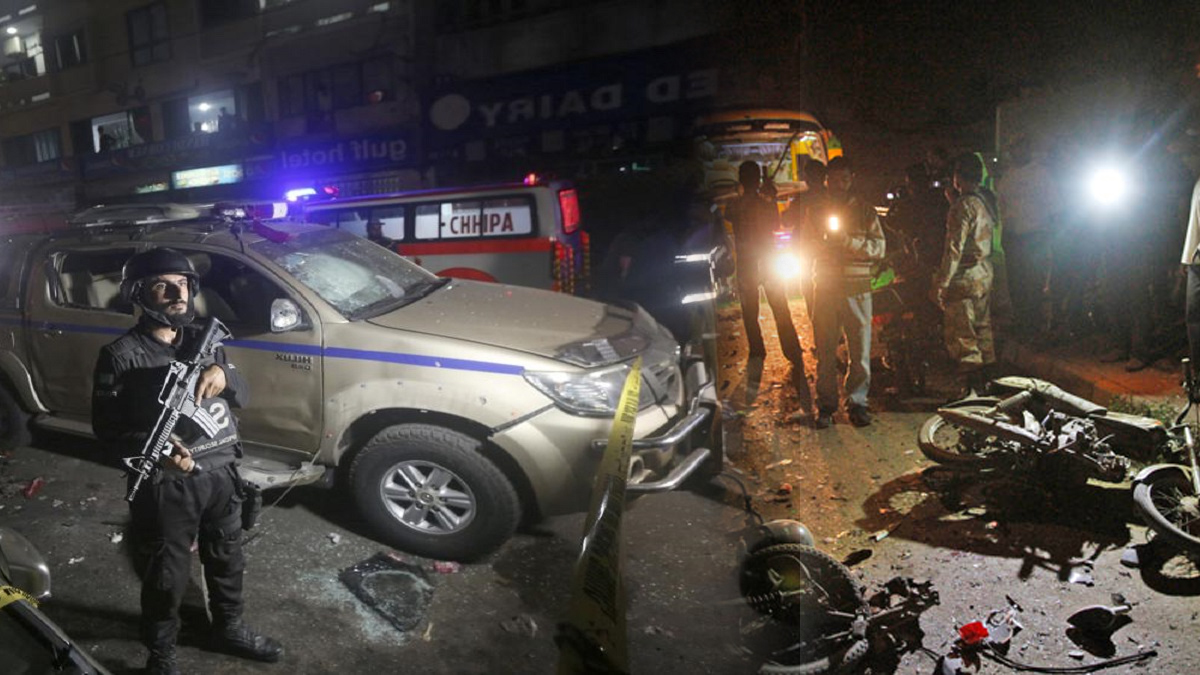 A blast in Karachi’s Saddar area on Thursday killed one person and left 13 people injured.

Deputy Inspector General (DIG) South said the blast also damaged several cars and shattered the nearby buildings, adding that the blast’s nature was being probed.

Sharjeel Kharal added that the injured had been shifted to Jinnah Hospital.

Moreover, he said that an emergency had been imposed in all public hospitals in Karachi, while the condition of four individuals in Jinnah Hospital was serious.

Hospital sources said that the people brought to the hospital had sustained injuries caused by ball-bearings.

Murtaza Wahab, Administrator Karachi, reached Jinnah Hospital after the blast to inquire about the injured, where he was given a briefing on the medical treatment given to the injured.

Wahab directed the administration to ensure the best medical facilities for the injured.

Information Minister of Sindh Sharjeel Memon visited the site of the blast and vowed that the culprits would be arrested.

“There is a threat not only in Karachi but across Pakistan,” said Sharjeel Memon, adding that “terrorists were traced out and those responsible for the blast were not to be spared.”

Sharjeel Inam Memon went on to say that a suicide blast occurred at Karachi University last month; however, it was too early to establish a link between the two.

Sindh Information Minister stated that neither a specific person nor any particular institute was targeted in the blast; however, there wasn’t any threat of blast at any particular place.

According to the initial report submitted to CM Sindh Murad Ali Shah, it is suspected that the explosive material was fixed in a motorcycle near a garbage dump while the blast happened near the United Bakery.

Meanwhile, sources said that a vehicle belonging to the Coast Guard was hit as the vehicle was parked near the blast’s site.

4 car essentials to buy from Amazon