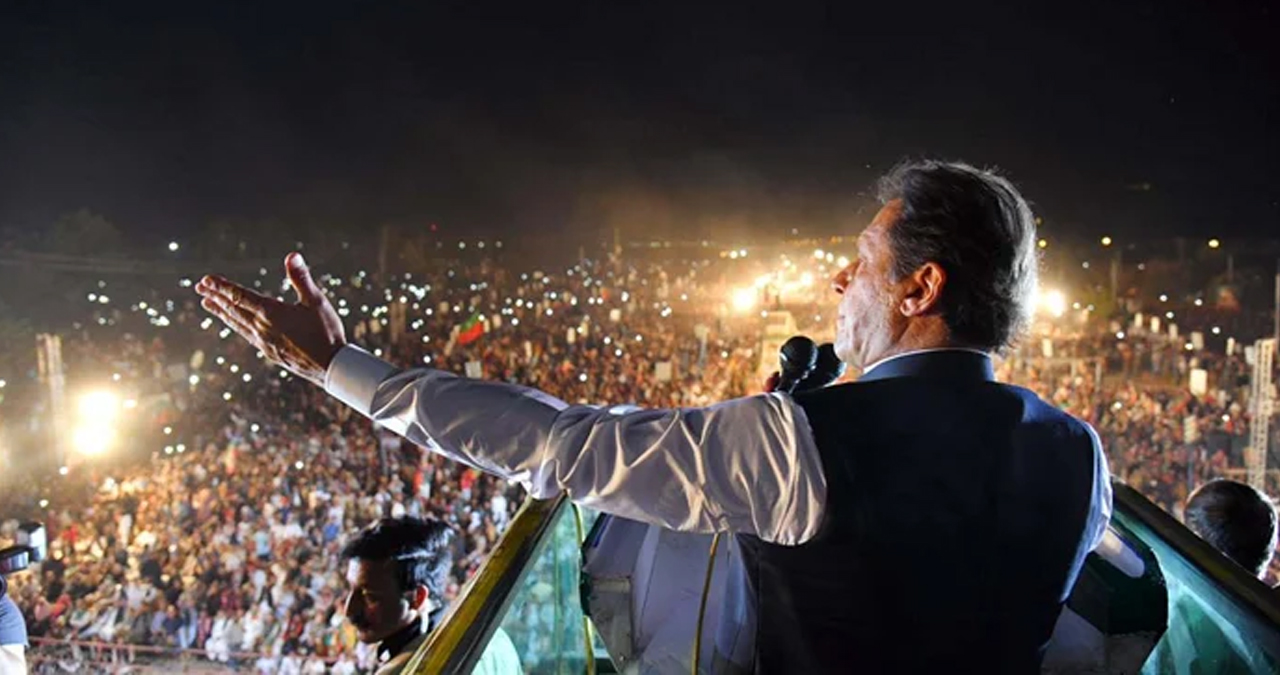 On Saturday, Chairman PTI Imran Khan travelled via a charter plane to and from Karachi — the charges of which were borne by a Dubai-based Pakistani businessman.

As per a local media report, an aviation company was given Rs2.9 million for the flights and this amount was paid by the Pakistani businessman.

The chartered plane used by the PTI leadership was owned by Engro, which has landed into a controversy, forcing the company to lay forth a clarification.

The statement said the aircraft had been leased out to the aviation company, and it was allowed to be used as a chartered plane.

The news also brought PTI and PML-N leaders face-to-face who got engaged in a verbal brawl on Twitter.

Taking to social media, ex-federal minister Ahsan Iqbal shared a picture of former premier Imran Khan coming out of the plane and said, “This is totally an unprofessional attitude.”

“It is up to a company to decide whether to lease its assets (aircraft) for revenue, not you,” Ayub added.

He said there was fear and panic in this imported government. Ayub also asked Ahsan Iqbal, “By the way, why aren’t your allies ready to join the cabinet?”