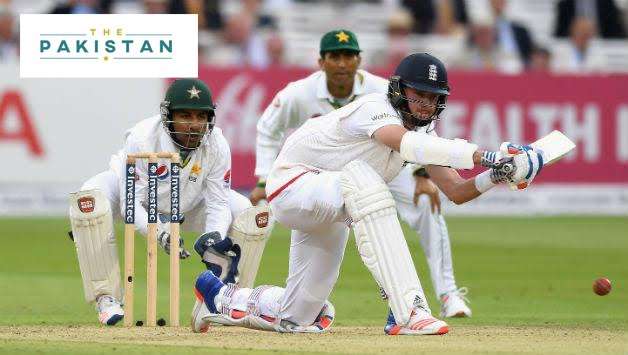 England and Pakistan secured 13 points each as their third ICC World Test Championship fixture ended in a draw on Tuesday.

“The hosts got a 1-0 series win as Pakistan finished 123 behind on 187 for four in their follow-on, but Anderson’s dismissal of touring captain Azhar Ali ensured this outing at the Ageas Bowl will not be forgotten quickly,” said the Pakistan Cricket Board in a press release issued on Monday.

Anderson woke on Tuesday morning with 599 to his name and faced a long, nervy wait as an outfield saturated kept the teams in the pavilion until 4.15pm. With the pandemic causing uncertainty over the global touring calendar England not know when or where they will next don their whites and, at 38, Anderson would be forgiven for entertaining some doubts.

But, in the end, the wait was a trifling one in the context of his 17 years and 156 Tests on the international scene.

Spared the toil of running into a punishing headwind by Jofra Archer, he landed the long-anticipated blow with his 14th delivery of the day. Having located a touch of reverse swing with the ageing Dukes, he drew Azhar in around off stump and found a hint of extra bounce that lifted the ball into the shoulder of the bat and high towards Joe Root at first slip, said the PCB statement.

Only three other players have ever experienced a comparable achievement, with spin greats Muttiah Muralitharan, Shane Warne and Anil Kumble welcoming a new arrival to their exclusive club.

The team soon formed a circle around the man of the moment, with Anderson receiving a standing ovation from the team balcony and further acclaim from the boundary edge where 12th men Mark Wood and Jack Leach joined in with assistant coach Paul Collingwood, the PCB added.