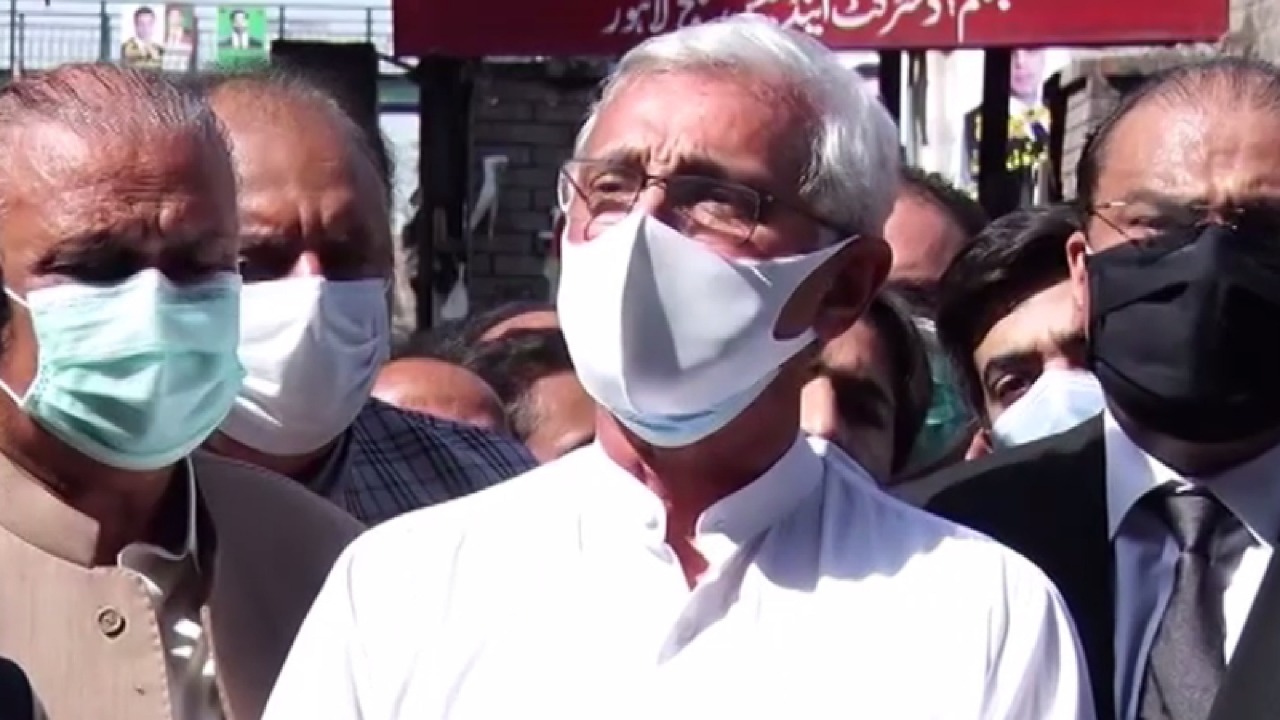 LAHORE: Estranged PTI leader Jahangir Khan Tareen invited lawmakers to a dinner at his Lahore residence on Friday where 8 MNAs and 20 MPAs showed up.

The two provincial advisors, as per media reports, to have participated were Ajmal Cheema and Malik Nauman Langrial.

After the dinner, Zawar Warraich and Nauman Langrial spoke to the media where they said Jahangir Tareen is an asset and no injustice whatsoever must be done to him.

It was asserted in the dinner that a letter would be written to the Prime Minister asking him for a meeting and his special attention to this case.

“Whatever is happening with Tareen is really unjust and we all have gathered here in a show of solidarity,” Waraich said.

He said that there were more than 80 sugar mill owners but cases are “only targetting Jahangir Tareen”.

“We demand a probe against all of them,” Waraich added.

FIA, on the other hand, has frozen nearly 36 bank accounts Jahangir Tareen, his son, and his wife.

Earlier in the day, PTI leaders Firdous Ashiq Awan and Shehzad Akbar played down the warnings of Jahangir Tareen and said that a probe was underway against all sugar barons in the country.

“Our doors are always open for Jahangir Tareen and he is in no way being victimized,” said Akbar.