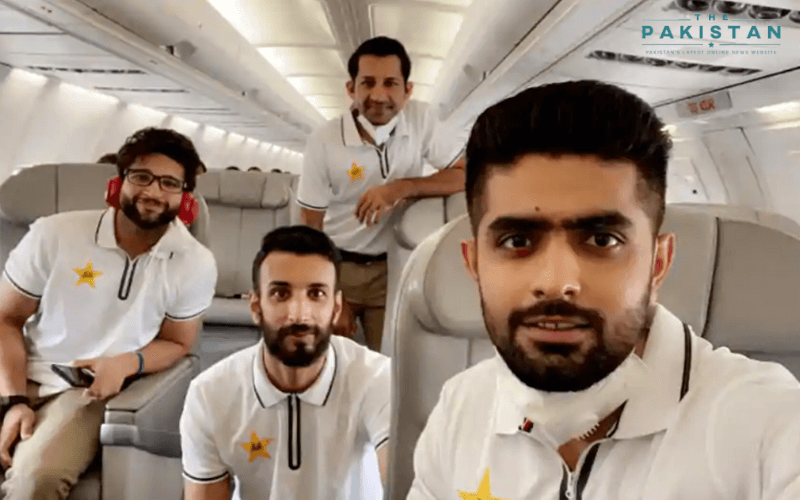 The Pakistan Cricket Board (PCB) on Tuesday said that the six players who tested positive Covid-19 a week ago are now eligible to leave for the England series after testing negative.

The players names are: Fakhar Zaman, Mohammad Hasnain, Mohammad Hafeez, Mohammad Rizwan, Shadab Khan and Wahab Riaz. These players had earlier tested positive for Covid-19 after which they were isolated.

“The players were retested on Monday, June 29, following a first negative test on June 26. The PCB will now start making their travel arrangements and the departure details will be shared in due course,” an official notification issued by the board said on Tuesday.

A 31-member squad left for England on Sunday earlier this week and arrived in Manchester, England to practice for the upcoming three-test and three-T20 series in July, August and September.

“The Pakistan Cricket Board on Saturday confirmed 20 players and 11 player support personnel will travel on a chartered flight to Manchester on Sunday morning for a three-Test and three T20I series to be played in August and September,” said the PCB.

“Upon arrival in Manchester, the squad will be transported to Worcestershire where they will undergo the England and Wales Cricket Board testing before completing their 14-day isolation period, during which they will be allowed to train and practice. The side will move to Derbyshire on 13 July.”

The squad was retested by the England and Wales Cricket Board and is currently under a 14-day mandatory quarantine where they will be allowed to practice in a biosecure environment.

The series will be played without spectators in closed ground. The first test is scheduled to be played in the Lord’s cricket ground, London.

Although the tentative dates for the first test match between the two sides are July 30, the ECB will confirm these dates in the coming weeks.

One of the six players, who tested negative on Monday, Hafeez had earlier re-tested himself from a local testing centre. His results showed he did not have Covid-19.