Samsung vs iPhone – which one is better? 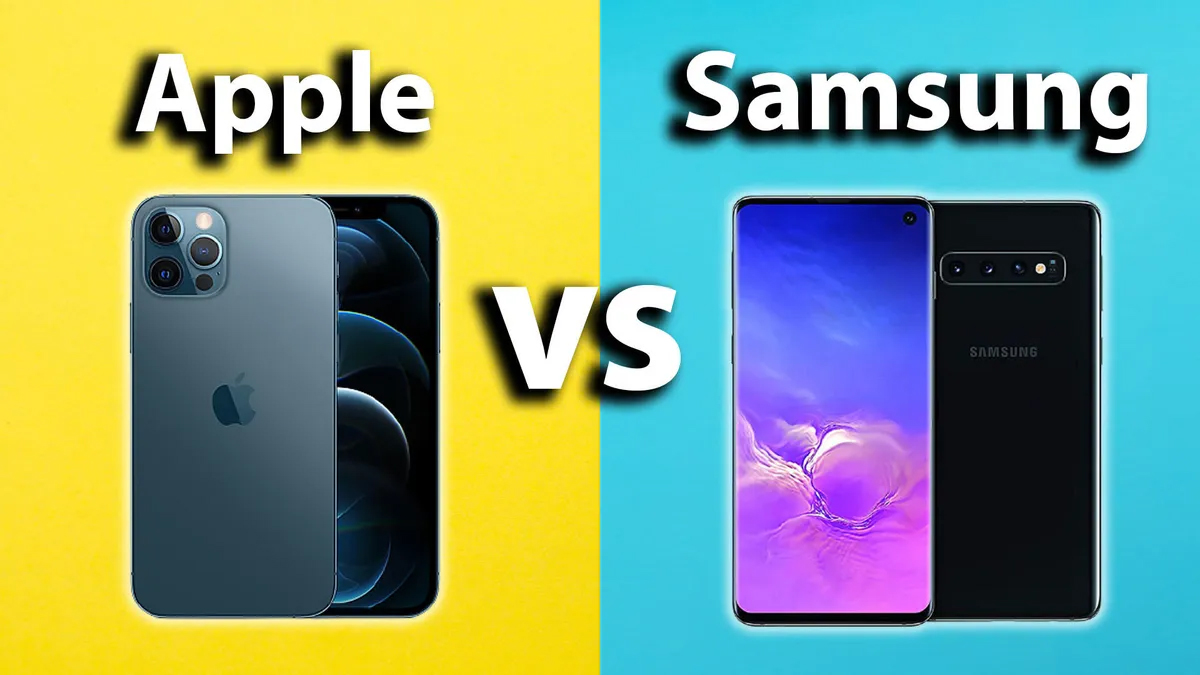 When it comes to comparing Samsung phones vs iPhones, most people already have their favorite in their hands. On one hand, you’ve got the iPhone fans who have been loyal Apple users for ages. On the other, you have Samsung fanboys who just can’t get enough of the tech giants’ innovations.
However, for an average buyer, deciding which brand is better — iPhone or Samsung — isn’t just a matter of personal whim.
Instead, both the alternatives must be put in a head-to-head comparison to make an informed decision. Let’s dig deep into both the brands.
Perhaps the easiest difference between iPhones and Samsung’s flagships is the price. Apple fans may disagree but iPhones are overpriced — especially if you’re not in the Apple ecosystem already.
Although Samsung’s flagships are still far from being cheap, they are more likely to give you a better return for your buck. And since Samsung has a wide selection of smartphones, you can expect to get a good deal no matter your budget.
In contrast, what makes iPhones worth it is their seamless iOS experience and their tight integration with other products like AirPods or Apple Watch. Once you get an iPhone, it is very likely you’ll find yourself willing to buy other Apple products to get the most out of your device.
iPhones have enjoyed more praise than their Samsung counterparts due to their sheer photo quality, image consistency, and video quality. Meanwhile, with its S22 series, Samsung upped its video game quite significantly.
Although consistency is still the iPhone’s strong suit, the camera experience as a whole is a lot more fun, refined, and versatile in Samsung smartphones. For those who like to play around with their camera and experiment with new features, Samsung phones are the ones to go for.
And if you don’t want aggressive image processing algorithms to auto-edit your images for you and prefer a more neutral image and video profile, iPhones get the job done quite well. This makes iPhones ideal for professionals who edit their photos and videos and prioritize natural colors — a more reliable camera experience.

Comparing iOS and Android used to be easy with people claiming iOS to be simpler and Android to be more customizable. That, in its entirety, used to be the end of the story. However, as is the nature of competition, both operating systems have witnessed a lot of growth over the years — although old claims remain prominent to this day.
If you remember TouchWiz, which was Samsung’s older UI, you must know how horrible Samsung’s software games used to be. It isn’t surprising since Samsung is primarily a hardware company. But Samsung’s current One UI skin on top of Android gives one of the cleanest software experiences out there.
On the other hand, iOS is proprietary software that gives Apple more control over the end-user experience, allowing for better RAM management, user security, software seamlessness, and reliability. Due to the smaller number of iOS devices, app developers like PUBG or Instagram often better optimize their apps according to the iOS requirements.

Another advantage that iPhones have over Samsung devices is the longevity of the phones. Although Samsung now offers about four years of major Android updates for its flagships and mid-range phones, iPhones last for five to six years.
However, there’s one point to note here. Smartphone batteries are made of lithium-ion, signifying that they inevitably degrade over time. If you are planning to buy an iPhone just because of the longer operating system support, keep in mind that the battery will eventually take a hit and you might have to get a new device in three to four years anyway.

Apple offers three versions of the iPhone 13. The 13 and 13 Pro have the same size display – 6.1-inches, and the same resolution – 1,170 x 2,532. The iPhone 13 Max is larger, with a 6.7-inch screen and 1,284 x 2,778 resolution. Samsung takes a different approach. Its S21 has a 6.2-inch display and the S21 Plus bumps this to 6.7-inches, with the same resolution. The S21 Ultra has a 6.8-inch display and 1,440 x 3,200 resolution. The newest iPhones have a Super Retina XDR OLED display, whereas Samsung’s new models come with Dynamic AMOLED displays. AMOLED displays give control over each individual pixel, producing better picture quality.