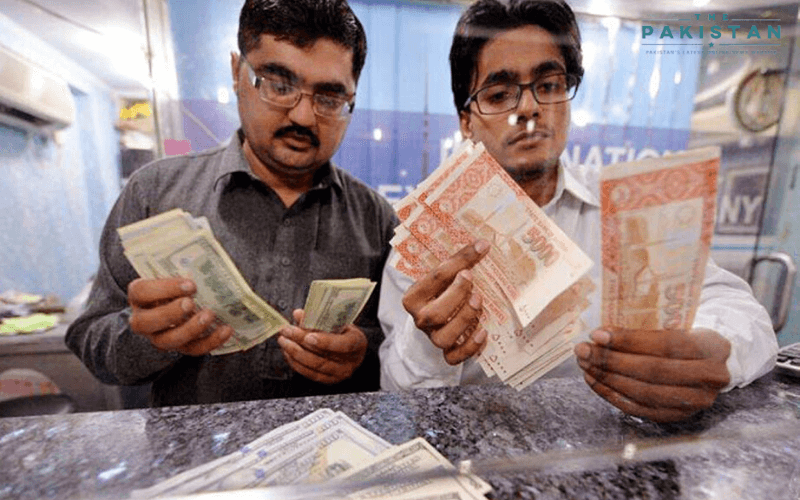 The dollar recorded stellar gains to reach the fiscal year high against the rupee as despite falling demand for the greenback in the interbank as well as the open market.

On Tuesday, the dollar was trading at Rs167.90 in the interbank market, down by 50 paisa from the Monday’s close.

Meanwhile, on Monday, the currency dealers said the dollar in the interbank market traded as high as Rs168.7 against the rupee after gaining 97 paisas on the first day of the week.

Analysts and currency market traders are scratching their heads over what is prompting the rupee’s fall despite the fact that there is ample liquidity of the greenback in the local market as the foreign exchange reserves of the State Bank of Pakistan has reached to three-year highs.

The rupee has gone to and fro over the course of the last two weeks mainly as the demand for the dollar has fallen to new lows following the halt in trade activities due to the Covid-19-led lockdowns.

Meanwhile, the currency exchange dealers in the open market had said that the consumers’ interest in purchasing the dollar had fallen to historic low. They said that the market is filled with sellers as more and more people are selling their dollar holdings to surf through the Covid-19 impact.

However, the market has no buyers at the moment. They said that around $10-12 million worth of foreign exchange is being deposited by the open market dealers in the commercial banks as consumers don’t have the appetite left in them to purchase dollars or save funds by purchasing foreign currencies.

They said the trading has also gone down to a new low because of the travel restrictions which have dampened the demand for currency exchange.

However, with higher than expected inflows coupled with lower demand from importers as well as buyers, the rupee should appreciate.

Industry activity in May falls 25pc