PTI To Challenge Ban On Telecast of Imran’s Speeches 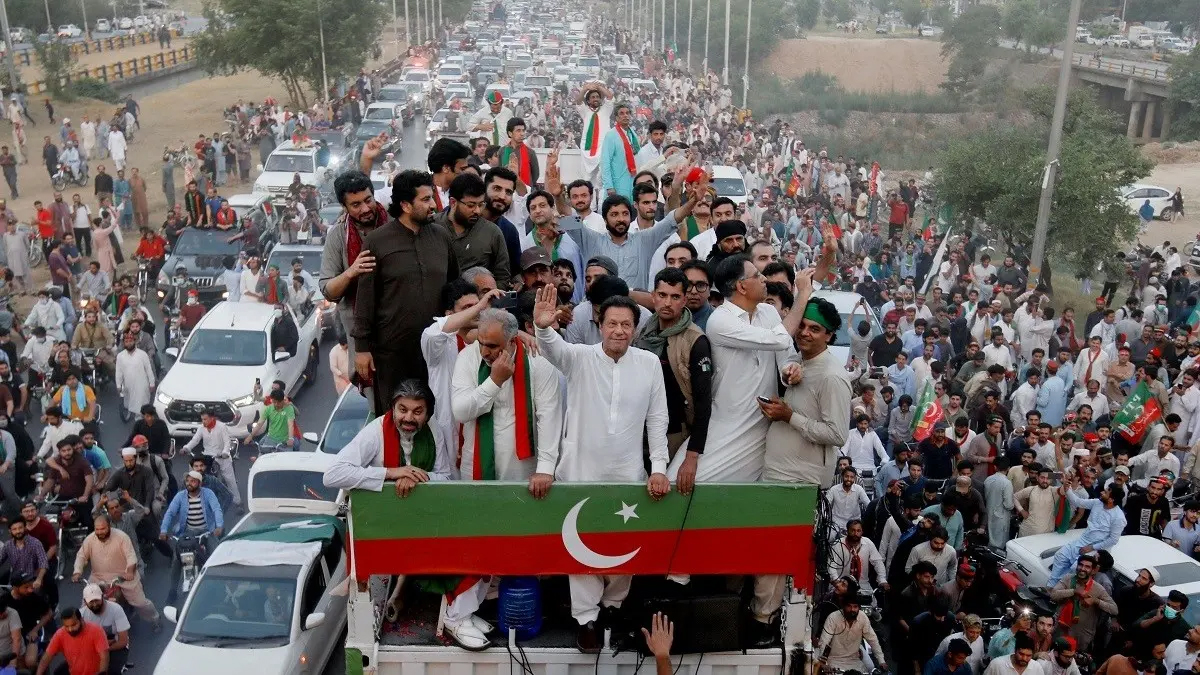 Imran Khan Against the Judiciary

In response to remarks made by former prime minister and party chairman Imran Khan against the judiciary and the police during a rally in Islamabad on Saturday, the Pakistan Tehreek-i-Insaf (PTI) has decided to file a lawsuit to overturn the ban imposed by the Pakistan Electronic Media Regulatory Authority (Pemra) on the live broadcast of Imran Khan’s speeches.

Fawad Chaudhry, senior central vice president of the PTI, revealed this at a news conference held here on Sunday.

Mr. Chaudhry asserted that Imran Khan made no unlawful remarks or made any threats at the F-9 Park gathering, and he counselled the coalition government led by Prime Minister Shehbaz Sharif to challenge Mr. Khan politically rather than enacting restrictions.

On Saturday, Mr. Khan admonished the judiciary against its “biassed” attitude and warned the judge who placed Mr. Gill on physical remand to prepare for repercussions while speaking at a gathering in Islamabad to show support for PTI leader Dr. Shahbaz Gill who is being prosecuted in a sedition case. Imran Khan’s remarks were subsequently prohibited from being broadcast live, and on Sunday, a lawsuit was also opened against him.

Imran Khan, according to Mr. Chaudhry, only requested “legal action” against those responsible for allegedly torturing his chief of staff, Shahbaz Gill, while they were being held. The PTI leader reaffirmed his demand for an impartial commission to look into charges of torture. The hesitation to form the commission, he continued, caused a lot of issues.

Not Allowed to Meet Shahbaz Gill

The PTI leader also questioned why Imran Khan and other PTI officials were not allowed to meet Shahbaz Gill. He asserted that Mr. Gill had divulged information on the allegedly torturous treatment he had “suffered for hours” in a police station.

The former information minister criticised interior minister Rana Sanaullah, claiming that despite Mr. Sanaullah’s own history of torture, he continued to view Mr. Gill’s alleged mistreatment as a routine matter.

Speaking about the allegations against PTI Chairman Imran Khan, Mr. Chaudhry asserted that a plot was afoot to remove the former premier from office in order to restore PML-N supremo Nawaz Sharif to the mainstream of politics. But Imran Khan was now the centre of the nation’s democracy, he asserted. He stated that a public meeting in Rawalpindi marked the start of the public movement’s first phase and expressed his hope that the government will not pressure the PTI to launch the second phase before September 10.