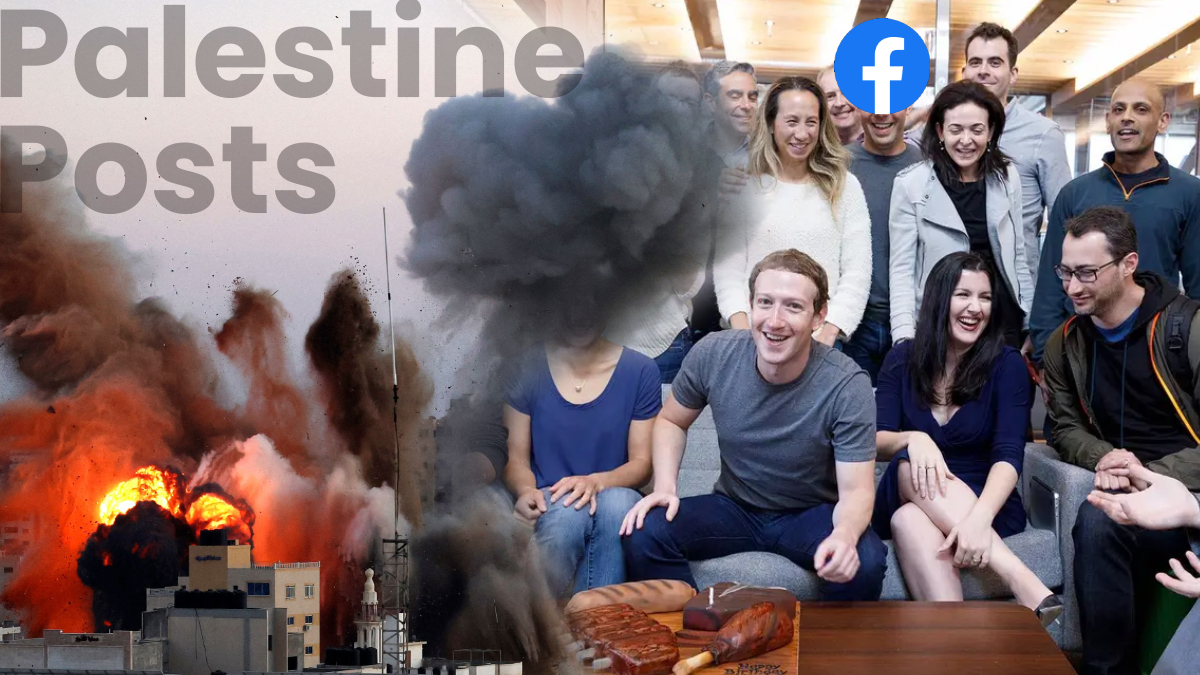 Social media is like wildfire. If any rumour catches speed, there is no way it could be stopped and the authorities are left wondering, what could have been done. Same is the case with the Israel-Palestine controversy. One side is always heavier than the other and that essentially results in formation of groups.

There were nearly 200 applicants that had urged the executives of Facebook to adress the growing concerns of the voices of pro-palestinian groups are being surpressed on the social media platform. The content is mainly monitored by the company moderation system so the applicants urged the company itself for measures regarding this.

The news media outlet, Financial Times was the frts one to report about the leeter urging the company to not put any kind of pressure on the Palestinian voices. Not only these pro-palestinina groups but some of the facebook employees called out the company for strict monitoring of the content.

The letter had reportedly asked the facebook executives, “to order a third-party audit of enforcement actions around Arab and Muslim content, and to refer a post by Israel’s prime minister Benjamin Netanyahu describing Palestinian civilians as terrorists to its independent oversight boar.”

The letter added that facebook should act as a balanced medium and come up with measures that does not take down the pro-palestinian content from the social media site.

As per the FT report, the letter also urges Facebool to come up with a mechanism to address concerns regarding potential biases in the content. This should be monitored by both–human as well as automated–mechanism.

On Tuesday, it could be seen that the letter, which was later on posted on the company’s notice board,  had received 174 anonymous signatures. The letter also addressed that the declining rate on app stores might have something to do with the lack of expression on the media platform.

It highlighted that not only the employees but the press and the members of the congress feel that the application has not been living up to its promise of matining a free voice and expression on the platform. “We believe Facebook can and should do more to understand our users and work on rebuilding their trust,” read the letter.

Give a roadmap for Kashmir’s future, we will talk: PM Khan tells India