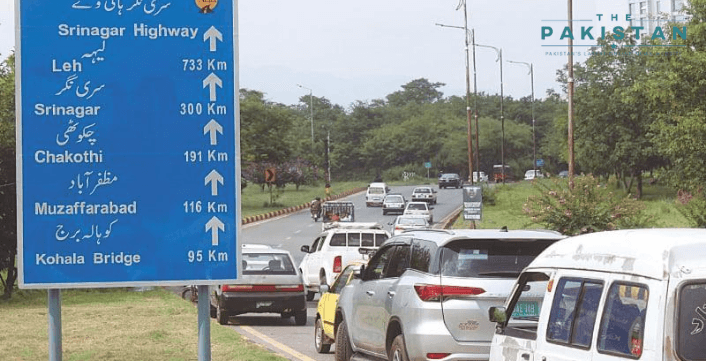 The government on Tuesday announced that it is launching a postal stamp to acknowledge the sacrifices made by the Kashmiris in their struggle for freedom.

He was accompanied by the Minsiter for Communications and Postal Services Murad Saeed who showed the stamp which highlights the atrocities carried out by the Indian occupation forces on the Kashmiris.

Federal Minister for Information Shibli Faraz unveiled the stamp to commemorate Kashmiri sacrifices to highlight the one-year struggle faced by the residents of the Indian-occupied valet during the last 12 months.

“This special postage stamp will highlight the wave of terror unleashed by the Modi government in illegally occupied Jammu and Kashmir,” Faraz said. “All forums including diplomatic and political ones are being used to expose the evil face of India before the world.”

He further said the government will observe the August 5 — that marks one year since India illegally occupied Kashmir valley and abrogated its special status from the country’s constitution — as Yaum-i-Istehsal. The Pakistan Army’s media wing the Inter-Service Public Relations (ISPR) also released a song to highlight the world on the plight faced by Kashmiris under illegal Indian occupation.

He said the Prime Minister Imran Khan had taken up the issue of Kashmir and exposed India’s nefarious designs and evil face to the world at every major podium and stage. He said the world now knows India’s intentions only because of PM Imran Khan.

“These are our successes at the diplomatic front as we have exposed the real fascist face of India,” Faraz pointed out.

He also renamed the highway from Islamabad Chowk till Murree Road from Kashmir Highway to Srinagar Highway to show solidarity to the occupied valley.

Moreover, in view of the one-year of the siege on Kashmir, the Indian government announced a valley-wide lockdown to contain protests from the locals.

Inflation clocks in at 9.3pc in July amid rising food, fuel prices