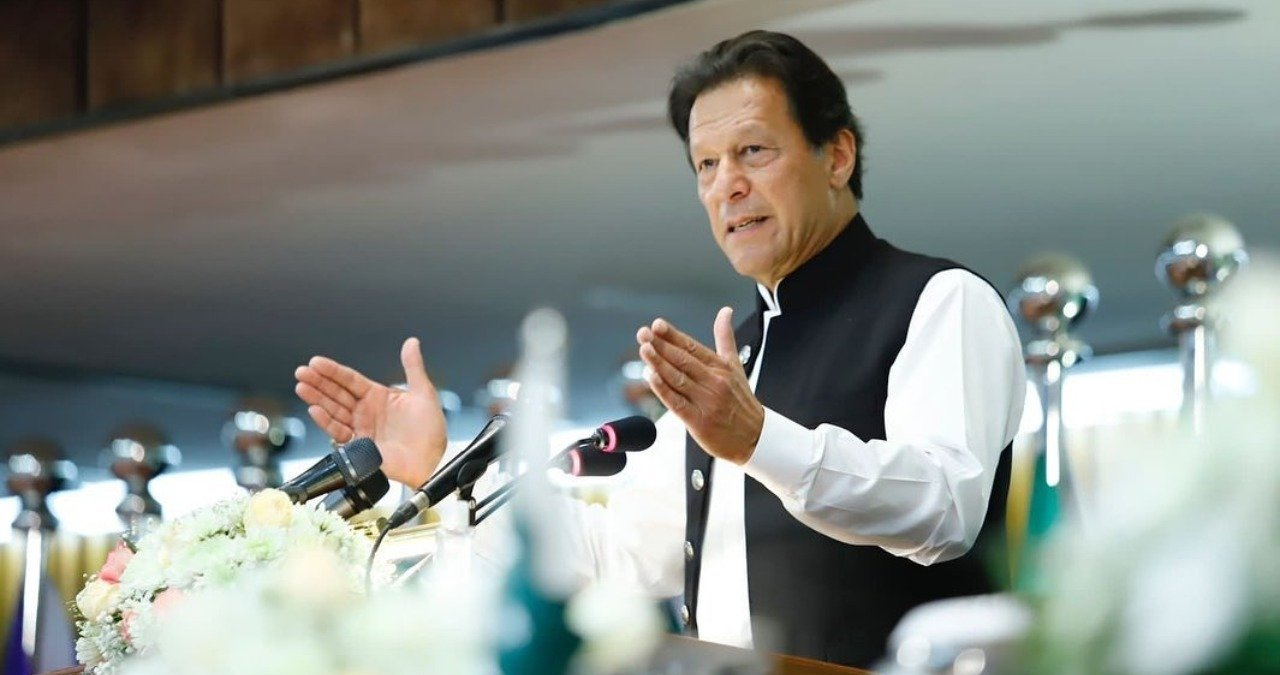 On Friday, Prime Minister Imran Khan said that the military establishment had given him three options: “no-confidence [vote], resignation, or elections” after the opposition filed a no-confidence motion against him in the National Assembly.

Speaking in an interview with a private television channel, PM Khan stressed that calling an early election was a better shot in the prevailing circumstances.

He said he could not even think of resigning.

Khan promised he would make a comeback with a significant number if removed from the government.

The prime minister also spoke about the “foreign conspiracy” being hatched in London to topple his government. “This game started in August. I got reports about people visiting London from Pakistan. The reports were tabled at my office by different agencies.”

“Nawaz was frequently holding meetings with anti-military individuals. His last meeting was held with Hussain Haqqani on March 3,” Imran claimed.

Imran rubbished rumours about mulling over to de-notify Army Chief General Qamar Bajwa, saying the “propaganda spread by the PML-N.” “I will never do anything detrimental to our armed forces,” Khan stressed.

“Pakistan needs a strong army. We should refrain from doing anything which causes harm to our military,” he remarked.

Imran said he had not thought about giving an extension to the incumbent army chief. When asked if he enjoyed cordial ties with the chief, the PM said: “The relations are fine.”

Imran told the journalist that his life was in danger as his opponents “know that I would never back down or sit idle.” He added: “They may implicate me in cases. They may launch a character assassination campaign. I will never back down.”

The prime minister said he would go to the masses to seek a heavy majority to cleanse all the filth.