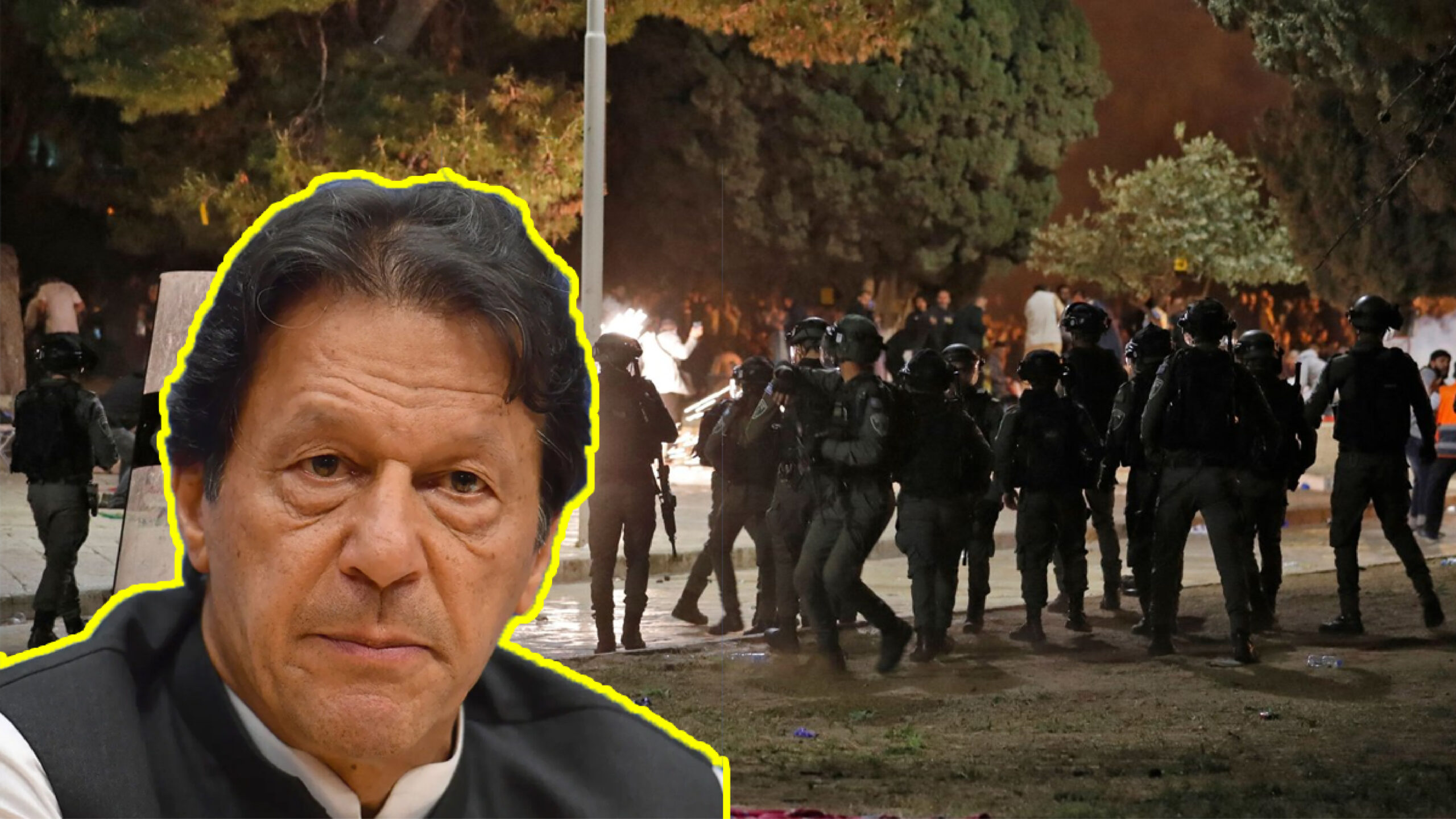 Prime Minister Imran Khan on Sunday urged the Organisation of Islamic Cooperation (OIC) to take immediate action over the surging incidents of Islamophobia in the world.

The prime minister, who is on a three-day visit to Saudi Arabia, performed Umrah, and the doors of Khana Kaaba were specially opened for him and his delegation.

The Pakistani premier also offered to extend support to the Palestinian people.

He took to Twitter to strongly condemned the Israeli attack on Palestinians at the Al Aqsa mosque during the last few days of the holy month of Ramazan.

He reiterated his demand to the international community and the heads of the Muslim world to ensure steps to protect the legitimate rights of the Palestinians.

The Israeli police fired stun grenades and rubber pellets towards the rock-hurling Palestinians amid growing agony over the potential expelling of Palestinians from the land claimed by Jewish settlers.

So far, at least 205 Palestinians and 17 Israeli officers have been reported injured in the intense clashes at Islam’s third-holiest site, as per reports from the Israeli media. Jews term the area the “Temple Mount” and say that it was the site where two Jewish temples were located in ancient times.

Foreign Office in a Tweet on Saturday condemned the attack by saying that Pakistan reiterates its steadfast support for the Palestinian cause. FO urged the international community to take action to protect the Palestinian people.

PM Khan met OIC General-Secretary Dr Yousef A. Al-Othaimeen in Makkah and asked the organization to play its positive role in addressing the grave scenario in Palestine.

Talking about Islamophobia, PM Khan said that it had to be a collective initiative of the Muslim leadership to ensure that the world recognised the special reverence and love that all the Muslims had for the Holy Prophet (peace be upon him).

Bilawal lashes out at PM Khan, urges him to ‘come out of Bani Gala palace’