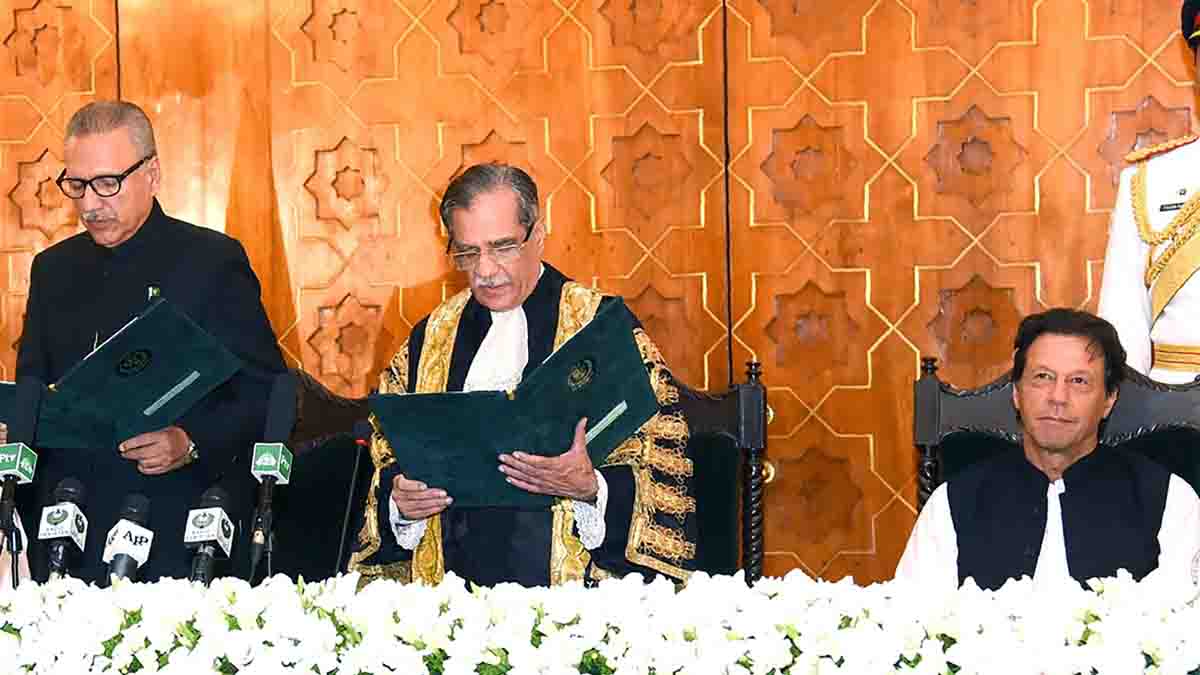 The Public Accounts Committee (PAC), which has spent nearly a month trying to learn more about the billions of rupees raised in the name of the Diamer-Bhasha Dam, has once more expressed interest in calling former chief justice Saqib Nisar, though this time after the auditor general office and the parliamentary body have access to information about the fund, which was established in July 2018.

On Tuesday, PAC Chairman Noor Alam announced that Mr. Nisar would be called as soon as the PAC and AG office have access to information about the fund. At the previous PAC meeting, which was held on August 23, Mr. Alam had summoned the former chief justice to learn what had happened to the Rs. 10 billion Fund.

Top Official From the AG Office

The committee had previously been informed by the AG office that it was impossible to access fund accounts. A top official from the AG office said, “The Supreme Court registrar had denied to divulge information of the fund.”

When PML-N MP Barjees Tahir reminded the PAC chairman that Mr. Nisar had been summoned to the meeting but had not shown up, Mr. Alam stated the former Chief Justice had raised money for the fund and must explain what happened to the amount.

“They are accountable for their activities, whether they include the chief justice, the army leader, or the president.”

Former CJP Would be Called

As soon as the PAC and the auditor general’s office get access to information on the fund, the chairman promised that the former CJP would be called.

The fund was established in July 2018 at the initiative of the previous chief justice, Saqib Nisar, to raise money for the Diamer-Bhasha and Mohmand dams. Later, the former prime minister Imran Khan joined the effort, turning it into a cooperative effort to address the nation’s water scarcity issues. By March 2019, the fund had amassed Rs 10 billion in donations.

The SC registrar was reminded that his actions were illegal in a letter from the PAC chairman to the committee secretary.

The status of the dams and the harm caused by the recent rains and flash floods were also explained to the parliamentarians.

Legislators were informed by representatives from the Balochistan Irrigation Department that 40 of the 1,020 earth-filled dams had been destroyed. There were no small dams damaged in Punjab or Khyber Pakhtunkhwa. While 68 of Sindh’s 103 small dams were damaged, according to the irrigation department of Sindh. Draining floodwater might take more than a month, and evaluating the damage could take at least three months.