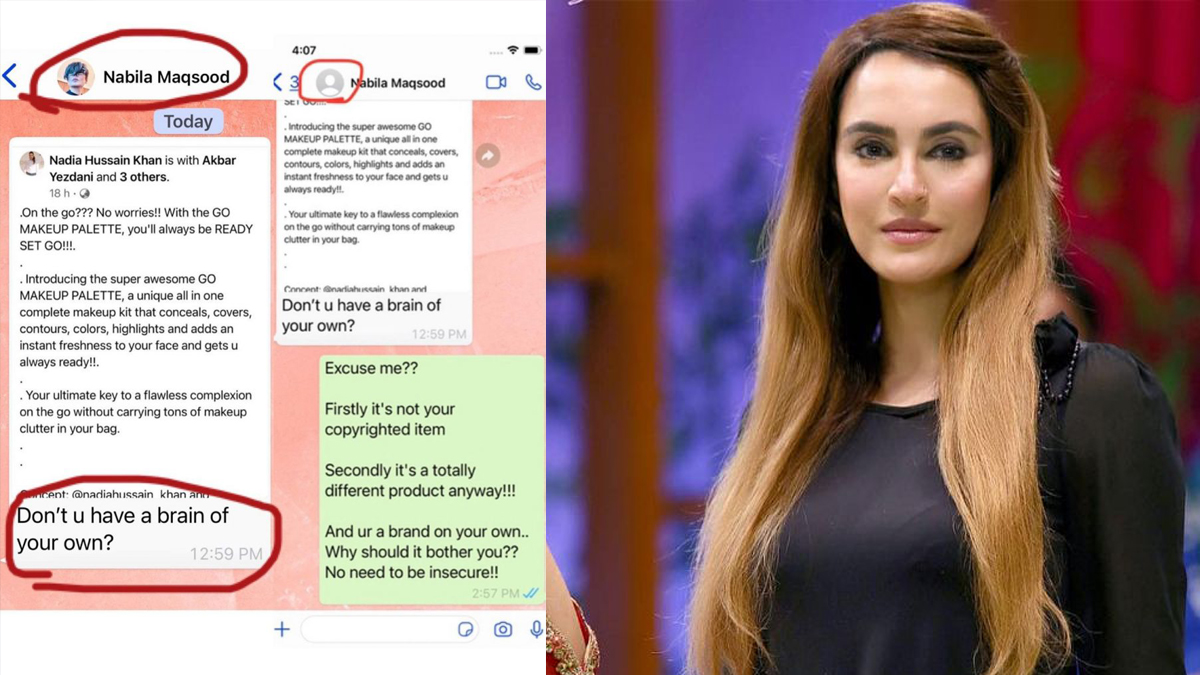 Nadia Hussain is a famous name when it comes to modelling and the acting fraternity of Pakistan. She is known for her outspoken attitude – which naturally lands her into a lot of controversies.

Nadia Hussain made an appearance in Nadia Khan’s show, where Hussain cleared the air about her recent controversies.

Talking about her viral video where she had abused her followers in a live Instagram session – Hussain said that the comments were obnoxious and rude.

“I will reply to people in the same way and manner in which they will talk to me.”

Similarly, Nadia Hussain’s “Go Makeup Palette” controversy recently came to the surface when Nabila called her out for imitating her idea. Hussain decided to win the argument on the public platform.

Speaking about the controversy, she said that her makeup palette is entirely different, and no one has the right to call her out. Also, Hussain said that after she replied to Nabila, she blocklisted her from all of her social media platforms.

The supermodel said that she is not one of those people who will stay silent if someone says something terrible.

Commenting on her viral video clip from her latest interview, she said that she doesn’t do her husband’s chores, and he isn’t her kid but her partner.

Nadia said that it is not her duty to take care of her husband.

“Even if I do it, I will do it out of love and respect – but not of an obligation.”

Lastly, about her very viral video in which she was seen abusing her maid badly, Nadia clarified that it was planned for a campaign.

Nadia also went on to share a real-life incident when her male servant used to take improper photos of her female house help. She detailed that she actually had hit him and threw his mobile phone.