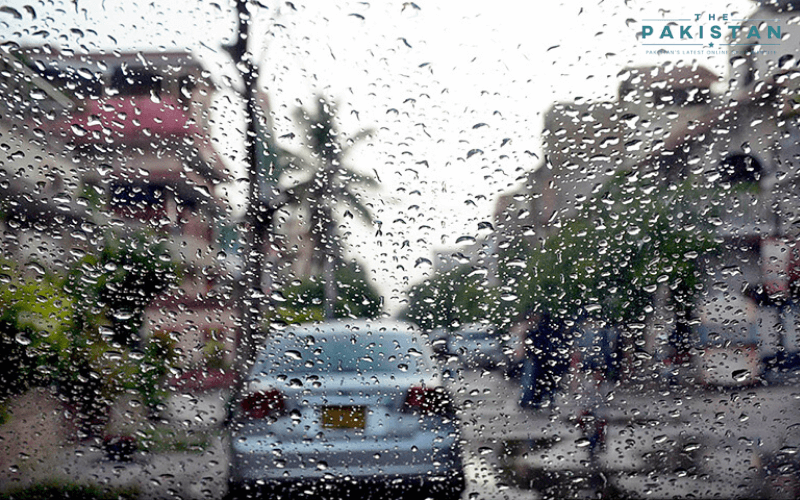 The Pakistan Meteorological Department on Saturday said the monsoon season in the country is expected to begin from July 6 or Monday.

“It has been informed by Met office that the Monsoon currents are expected to strengthen in Sindh that may generate widespread rain, wind and thundershowers in Sindh particularly Karachi, Hyderabad, Thatta, Badin, Sanghar, Mirpurkhas, Tharparkar, Umarkot, Jamshoro and Dadu from Sunday(night) to Tuesday. Few heavy falls are also expected during the period,” said the Met’s official statement.

The department also informed that the Met Office said that moderate monsoon currents are likely to penetrate in upper and central parts of the country from Friday (evening/night) and will strengthen on Saturday.

A western wave is also expected to enter the upper parts of the country on Saturday. Under the influence of these weather systems: rain/wind-thundershowers (with few heavy falls) are expected in Kashmir, Gilgit Baltistan, Islamabad, Punjab and Khyber Pakhtunkhwa from Friday (evening/night) to Tuesday.

Current prevailing hot and humid weather conditions are likely to subside during the period.

Moreover, it said that rain-thundershowers with dust raising winds are also expected in Eastern parts of Balochistan (Zhob, Barkhan, Loralai, Musa khel, Sibbi and Kohlu) and parts of Sindh (Sukkur, Jacobabad, Larkana, Shaheed Benazirabad and Mirpurkhas) during Saturday(evening) to Monday.

Pakistan’s seasonal shifts are classified into four categories: winters between December to February, spring between March to May, summers accompanied by the monsoons through June till September with a post-monsoon season between October to November.

The south Asian region has historically received massive downpours during the monsoon season as it has been the major source for the region’s flora and fauna.

However, the climate change has altered the monsoon timeline and reduced the rainfall by at least 10pc over the last two decades.