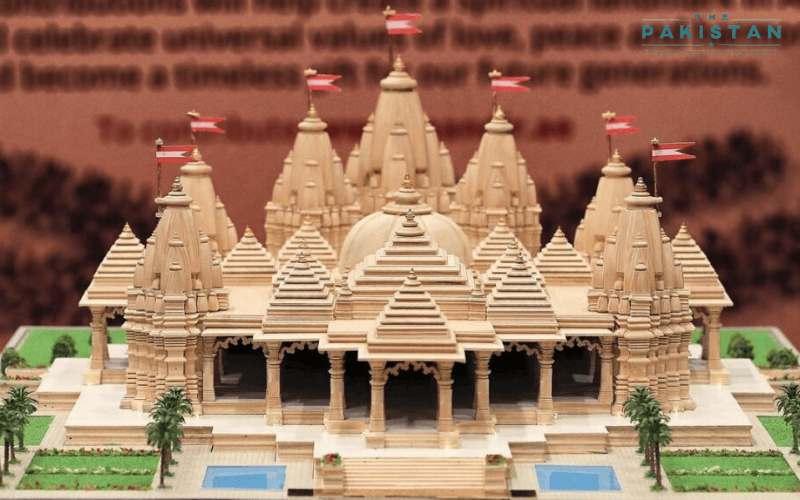 The Capital Development Authority (CDA) of Islamabad has halted the construction work on the Shri Krishna Temple after the authorities said that it had not issued a no-objection certificate for the temple.

Hindu community in the capital had requested the authorities to allow construction of a temple to perform their rites and religious duties.

Last week, National Assembly member and Parliamentary Secretary on Human Rights Lal Chand Malhi laid the foundation stone for the temple in Islamabad. Moreover, PM Imran Khan also met with the minorities leaders assuring them of their freedom to practice their faiths in the country under government’s patronage.

He also agreed to grant Rs100 million for the construction of the temple.

However, the CDA halted the construction on the temple citing the absence of NOC. The capital authority said the temple was also not approved by the CDA Planning Services.

The construction on the temple has come under controversy as some religious leaders and politicians are opposing the move. The PML (Q) leader and Punjab Assembly Speaker Pervaiz Elahi had earlier said that “Pakistan was created in the name of Islam. Construction of a new Hindu temple in its capital is not only against the spirit of Islam but also an insult to Riayasat-e-Madina.”

The government has now forwarded the discussion on whether the temple should or should not be built to the Council of Islamic Ideology (CII).

However, many politicians and religious leaders in the country have asked the government to build the temple at any cost as allowing minorities to practice their faith is a fundamental tenent of Islam.

Scholar Mufti Taqi Usmani said “non-Muslims in the Islamic state have the right to maintain their places of worship wherever it is necessary for their population.”

Meanwhile, Provincial Minister Fayyaz ul Hassan Chohan said the temple will be constructed as planned. He said the CDA approval was a minor hiccup which will be sorted in a week. He also explained that the land for the temple was allotted by the PML-N government in 2016.