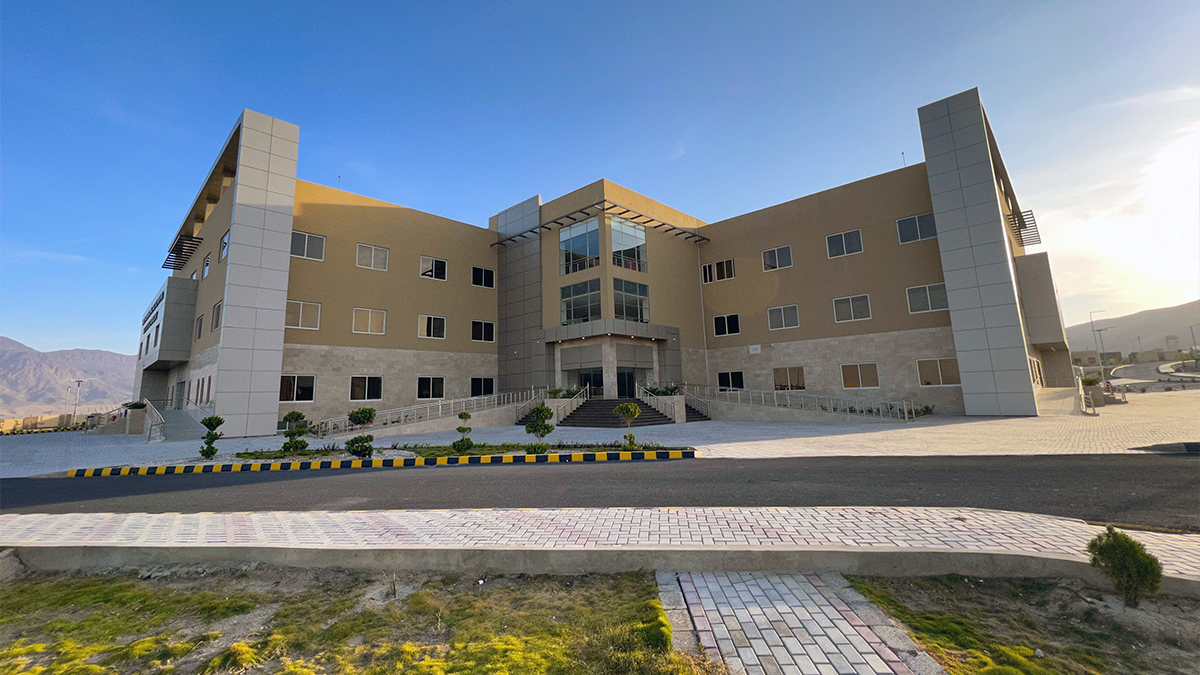 Where is it Located & How Much Does it Cost?

The facility is located in Quetta, the provincial capital of Balochistan.

Building on 121,406 square metres, it cost $27.30 million to build and was paid for by the Abu Dhabi Fund for Development.

Another UAE Humanitarian Project In Pakistan

The project is carried out as part of the ongoing assistance provided by the UAE leadership to the Islamic Republic of Pakistan for the implementation of development and humanitarian projects.

The inaugural ceremony started with a presentation of the Emirati humanitarian development projects that had been carried out in the Balochistan province during the previous three years through the UAE Pakistan Assistance Programme, as well as a briefing on the project’s stages.

The commemorative plaque was then unveiled to mark the official opening of the Mohamed bin Zayed Institute of Cardiology by Lieutenant General Qamar Javed Bajwa, who was joined by Ambassador Al Zaabi and Abdullah Al Ghafli. They prayed to the Almighty Allah for Sheikh Mohamed bin Zayed’s good health, blessing, success, wellness, and longevity, and they also wished the UAE continued progress, wellbeing, prosperity, security, and stability.

Later, the visitors were given a tour of the hospital’s wards, which feature the most modern equipment and a cutting-edge cardiology facility.

The UAE PAP Director spoke at the event and emphasised the importance of the initiatives of His Highness Sheikh Mohamed bin Zayed Al Nahyan as well as the kind assistance and continued support of Sheikh Mansour bin Zayed Al Nahyan.

Such measures, he continued, boost and strengthen the capacities of Pakistan’s health sector, enabling it to play its effective role in delivering the best healthcare services to its people. “They also contribute to the holistic development of the individual and society.”

He pointed out that through these initiatives, numerous health projects were put into action and finished, as seen by the construction, furnishing, and upkeep of a number of hospitals, clinics, health centres, and nursing schools in various Pakistani districts.

Details of the Institute

The institute is qualified to offer distinguished specialised treatment services by medical and technical cadres with experience and scientific competence. It will serve as a reference centre for hospitals and clinics in the area regarding the diagnosis and treatment of diseases, heart and cancer diagnosis for all residents of the regions and cities of Balochistan and neighbouring provinces.

12 million Pakistanis living in the province of Balochistan will benefit from the institute. Around 70,900 people have heart disease, and more than 1,064 of them pass away each year from lack of care.

With a medical team of 136 doctors and specialists, 350 nurses, and technicians, the institute has the ability to absorb more than 500 patients per day and 182,000 patients annually while providing diagnostic and treatment services.

The institute also has a biomedical department that uses contemporary technology to undertake clinical research and academic studies on cases of cardiovascular disease.

In addition to a mosque, an office for the administration of the institute, a club for doctors and employees, an energy management station, centres for collecting medical and hazardous waste, a helipad for ambulance planes, a fire station, control towers, gardens, a market, and parking lots, it also has independent administrative and service buildings.

Top things to do in Karachi