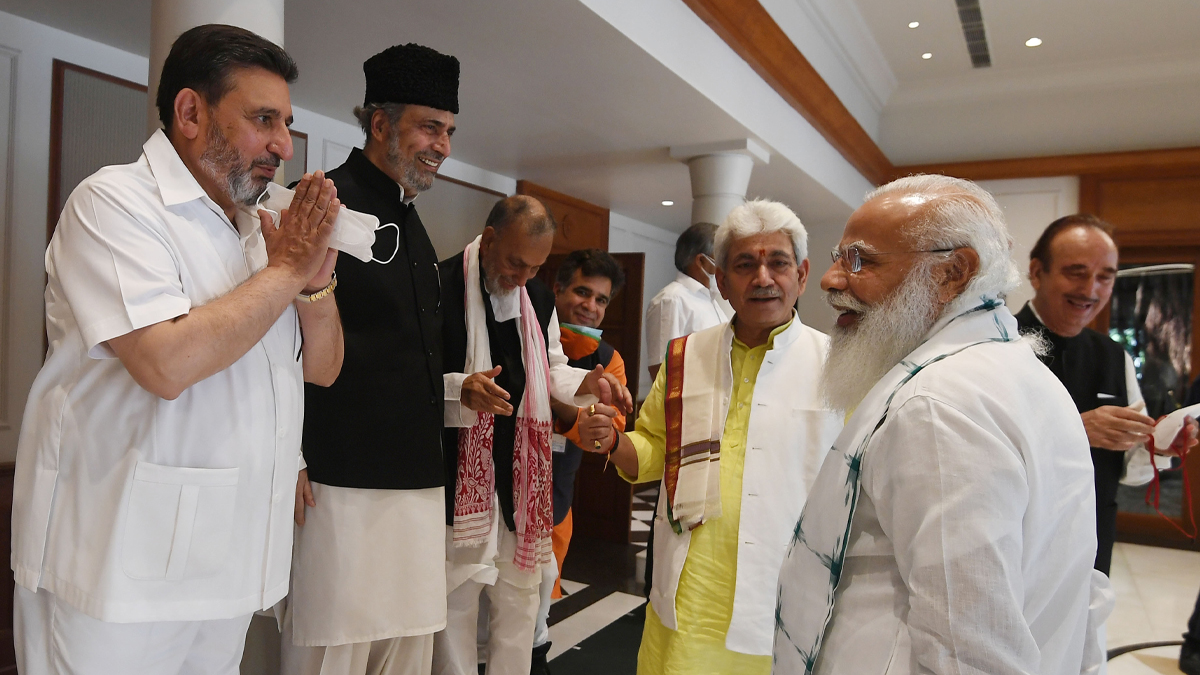 Indian PM Narendra Modi, in a meeting with regional Kashmiri leaders on Thursday, said his government plans to carry out elections in Jammu and Kashmir soon.

He said that polls would be held after redrawing the boundaries of assembly seats.

This was the first-ever meeting between the Indian PM and the Kashmiri leadership since Delhi revoked the region’s special status in 2019.

Since the controversial decision, relations between Delhi and the Muslim-majority Kashmir valley have dipped to the lowest in recent years.

India has detained thousands of people and imposed a months-long lockdown in the Himalayan region.

Modi invited 14 Kashmiri politicians to the heavily advertised “surprise” meeting. Everyone came smiling out of it but to the media’s surprise, no headline-worthy announcement was heard.

Modi, later, took to Twitter to speak about the three-hour talks in New Delhi.

He said, “Delimitation has to happen quickly so that polls can happen and J&K gets a Government that is elected and gives strength to J&K’s development trajectory”.

Regional leaders said that they pressed their demand for restoration of statehood and give the autonomy back at the talks.

“We told Modi that we don’t stand by with what was done on 5th Aug 2019,” said Omar Abdullah, who is a leader of the regional party National Conference. “We will not accept it, but we would not take the law into our hands and will fight this in court.”

Former chief minister Meh­booba Mufti told reporters that she had pressed for the release of all political prisoners. It was Mehbooba who came out publicly to speak about the restoration of the abrogated Article 370.

“We will continue our struggle for 370, be it months or years. We didn’t get this status from Pakis­tan, but from India’s Nehru. There can never be any compromise on this,” Ms Mufti said.