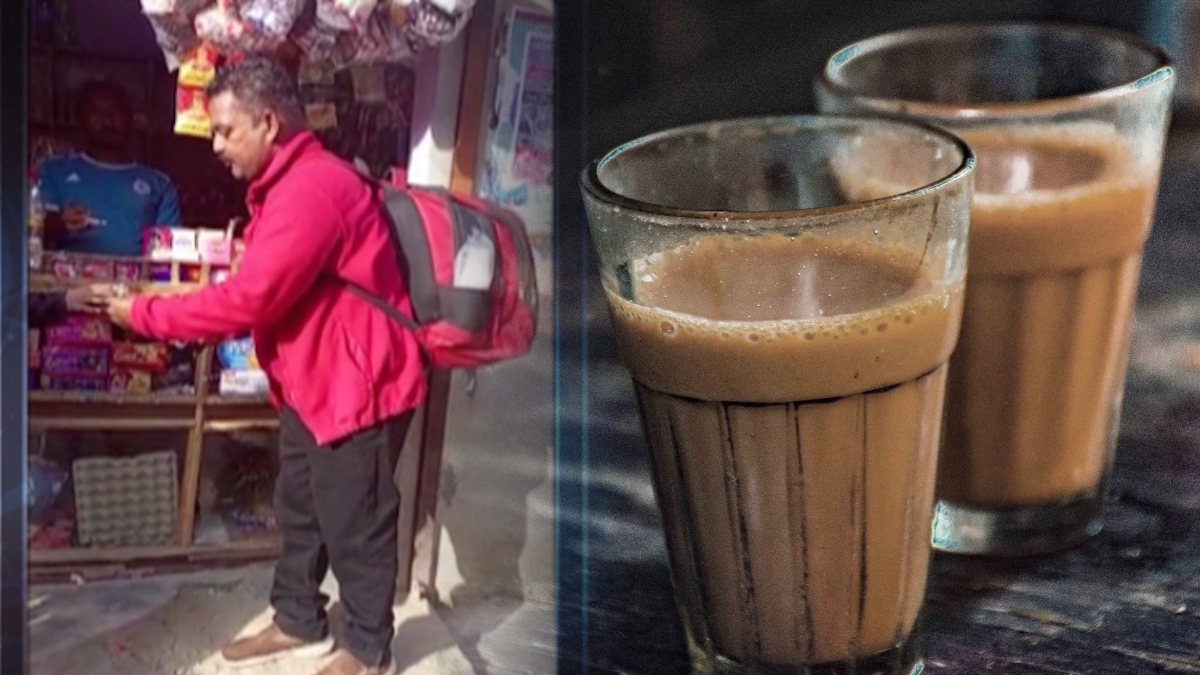 Karachi’s ‘tea shop on foot’ is viral on social media these days.

You must be thinking about a modernized antique tea stall going around here and there.

Still, it’s none other than a man, Qaiser, who started his business with Rs2000.

A cup of tea in the market costs around Rs35, but he sells it for just Rs10, trying to maximize his sale as he doesn’t have to pay any rent.

He recently appeared on a TV show, saying that his day starts with household chores, including preparing breakfast for his children and old mother, before putting on his backpack. His bag contains an old water cooler, which he fills up with hot tea every day.

He walks around through the busy streets of Pakistan’s most significant metropolis with a pipe with a tap linked to his bag. Qaiser said every time he is asked for a cup of tea, he turns on the tap and fills the cup.

“I wanted to be a businessman, but I did not have the resources for it. So, I decided to sell tea on the streets.”

Qaiser said he walks 25 kilometres each day to earn a living. He said that his mother, who is over 60 years old, had retired from the DMC a few months ago. “My mother’s salary was used to cater to our household expenses, but that stopped with her retirement. I began by doing odd jobs but ended up here,” he said.

Qaiser said he sells around 100 cups every day.

Qaiser is a living example for jobless youngsters who stay at home, citing a lack of resources to make ends meet.

People like these are our heroes and should be celebrated on every platform.