Kamal lashes out at PPP at Karachi sit-in  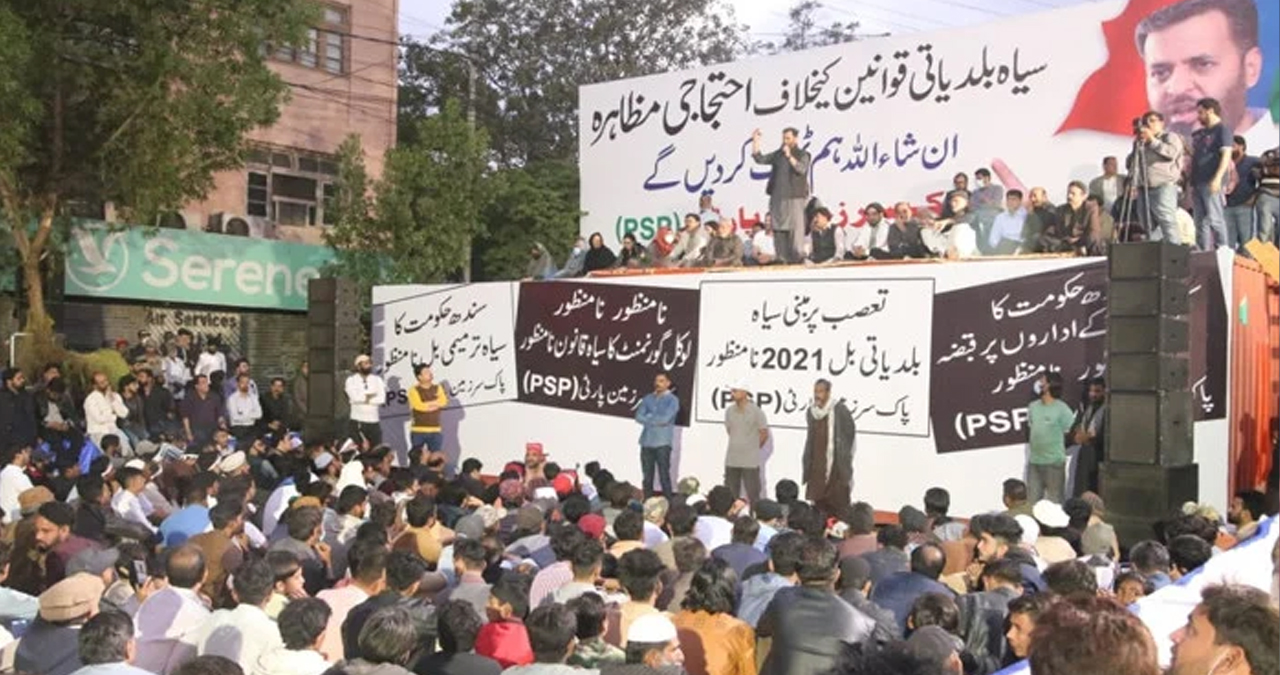 On Sunday, the Pak Sarzameen Party (PSP) staged a sit-in at Fawara Chowk, protesting against the Local Government Amendment Act.

Chairman PSP Syed Mustafa Kamal said the sit-in was restricted to Fawara Chowk since the PSL teams were staying near the CM Sindh House.

“We cannot play with Pakistan’s honour by protesting at the CM House,” Kamal informed the participants of the sit-in, warning the movers and shakers of Pakistan that he will not call-off the sitting “at any cost.”

“Unless the PPP-led Sindh government doesn’t hand over budgetary powers, we are here. We want to give the management control to the local government, as per the Provincial Finance Commission (PFC) formula,” Kamal said.

He said the PPP did not want to empower institutions and was clinging to seizing their resources. They cannot fool us. We will remain sitting here until our demands are not met. If anyone wants to embark on an adventure, the answer will be strong and firm.”

He said the original purpose of the 18th Amendment wasn’t being served. Without the Provincial Finance Commission formula, all institutions and the Mayor are meaningless. We want the PPP-led corrupt and bigoted government to transfer powers to the elected Mayor. The real catch is their resources,” Kamal lamented.

The PSP chief said the provincial governments had become the worst dictators after the 18th Amendment. “These provinces are not giving 56% of the money they get from the federation to those on ground. Islamabad has to repay the loans out of the remaining 44%, it has to run the army as well,” he said.