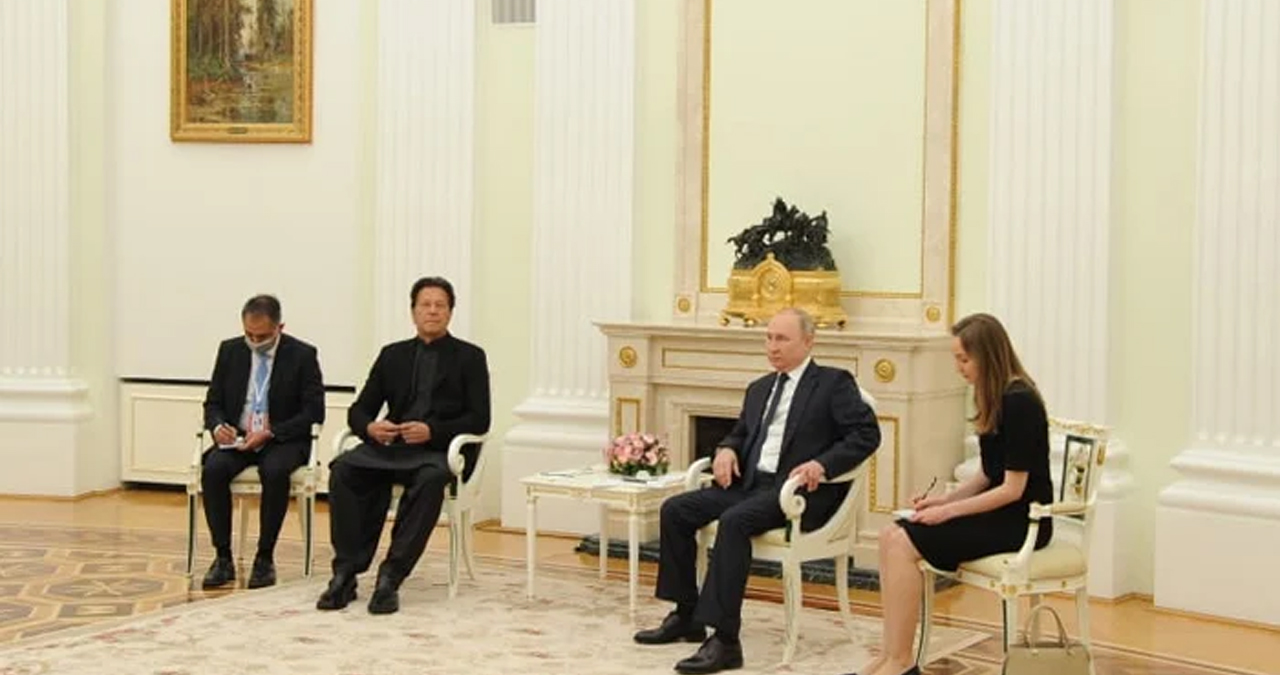 As the world watched in shock at the Russian invasion of Ukraine, Prime Minister Imran Khan sat in the Kremlin, expressing concern over the economic downturn fallout of the conflict in developing countries.

The Pakistani Prime Minister had a 3-hour-long meeting with the Russian President, Vladimir Putin, on Thursday in Moscow.

Khan was the first leader to meet Putin since the latter launched an attack on Ukraine. The PM arrived in Moscow for a planned visit just hours before the invasion began.

Pakistan’s foreign office said in a statement that the premier also raised the issue of Jammu and Kashmir.

On Thursday, the world saw that Khan’s first-ever summit meeting with Putin ran concurrently with the invasion. PM Khan underscored the “imperative” of a resolution to the Kashmir issue and committed to a “multidimensional and long-term” relationship with Russia.

“The PM stressed that conflict was not in anyone’s interest. He said that the developing countries were hit the hardest economically in case of conflict between significant countries,” the foreign office said. The statement was issued on Thursday following the meeting between Putin and Khan.

Khan’s intention in Moscow was to enhance economic ties with Russia — one of the largest producers of gas globally. His visit comes at a time when Islamabad’s energy needs are rising fast.

In an interview before his departure, Khan said Islamabad was not interested in picking sides or joining any bloc and just wanted to expand bilateral relations.

Meanwhile, the US State Department said that it had communicated to Pakistan its “clear position” regarding Russia ahead of Imran Khan’s trip to Moscow.

The Pakistan FO statement added that during the meeting with Putin, Imran Khan had “regretted the situation between Russia and Ukraine and stated that Pakistan had hoped diplomacy would be given a chance to avert a military conflict.”