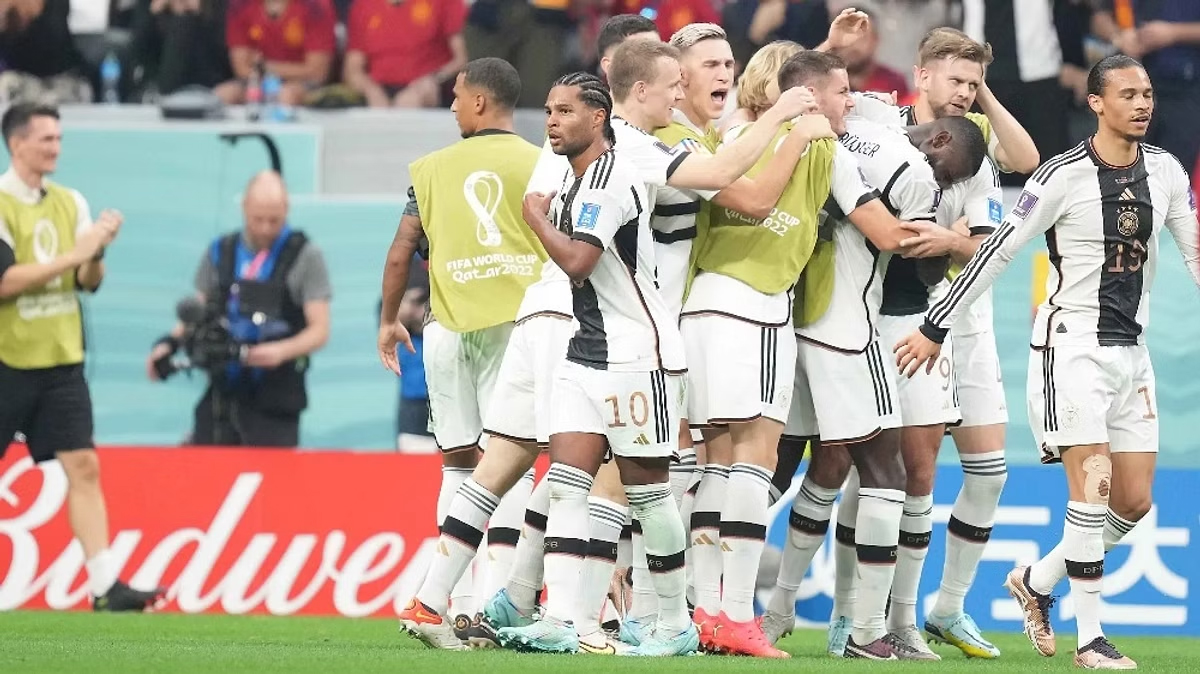 The tempo of this game, the first significant one on paper at the World Cup between two recent champions—Spain triumphed in 2010 and Germany followed four years later—was unaffected by the change in team lineups in any way.

Both teams have been rebuilding since their victories, and here at the Al Bayt Stadium, modeled after a Bedouin tent outside of Doha, they squared off against one another in an exciting 1-1 tie.

Alvaro Morata had given Spain the lead with a clever finish from the outside of his foot in the 62nd minute of this match, in which substitutes scored goals for both teams. Niclas Fuellkrug levelled the score for Germany with a strong finish in the 83rd minute.

A 1-0 victory over Japan by Costa Rica earlier in the tournament opened up Group ‘E’ and made this match between German coach Hansi Flick and Spanish coach Luis Enrique a tactical chess match. Germany, who had been shocked by Japan in their opening game, could afford to breathe easier knowing that a loss wouldn’t end their World Cup.

However, Spain came at them with a ferocious tempo in a breathless opening, playing with confidence after their 7-0 demolition of Costa Rica. Marco Asensio, Ferran Torres, and Dani Olmo were three willing runners up front when Enrique took the field in place of a recognised striker. Olmo’s attempt was deflected into the bar in the seventh minute, almost missing a goal.

Additionally, Germany was leading the line with Thomas Mueller in place of a centre forward. However, they quickly regained some control, giving Serge Gnabry two chances. They believed Antonio Rudiger’s header from a free kick had given them the lead, but it was disallowed for offside.

In the second half, Germany made a tremendous comeback and attacked right away. Unai Simon blocked a shot from Joshua Kimmich.

Morata was added by Enrique to provide his team a direct threat at goal, and it worked splendidly as he scored just five minutes after going on when Jordi Alba found him from the left.

Germany Pushed Everything at Spain

Germany pushed everything at Spain in an effort to win the game, and Jamal Musiala had a thunderous drive blocked by Simon.

Marksman Fuellkrug snatched a point for his team after brilliant interplay between another substitute Leroy Sane and Musiala set him free to arrow in a shot that Simon could do little to stop. Flick saw a chance and threw on marksman Fuellkrug.