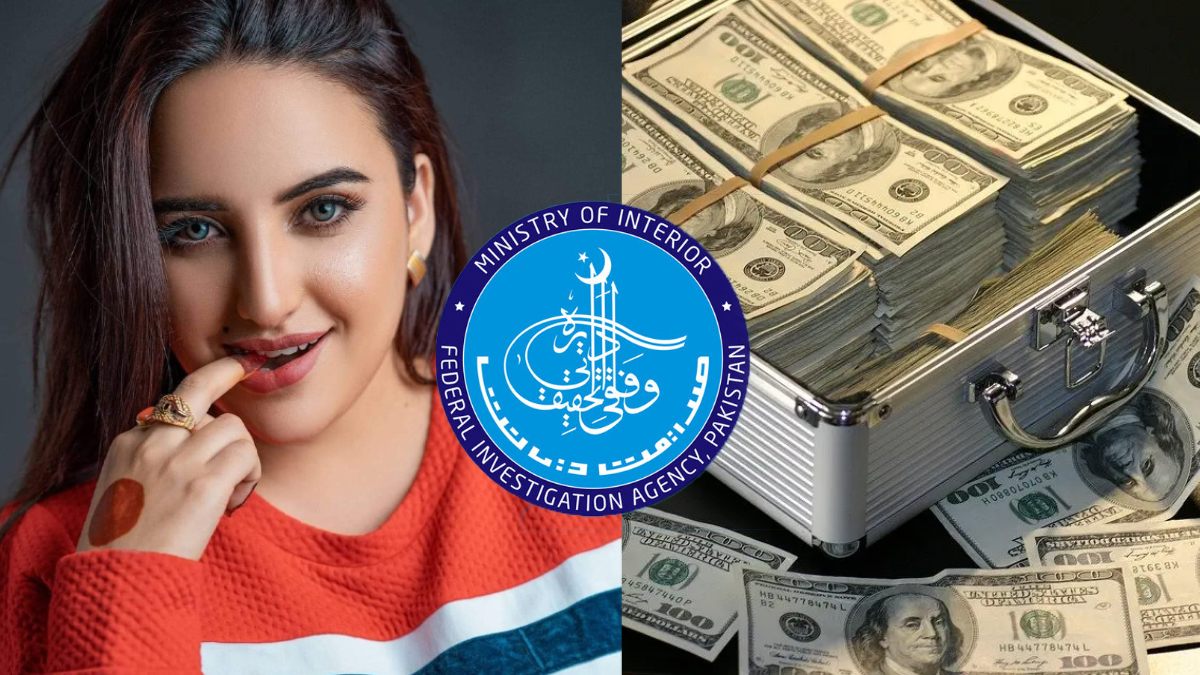 TikToker Hareem Shah knows the art of making it to the headlines.

The Federal Investigation Agency (FIA) has initiated a money laundering probe against her after Shah’s video clip with hordes of cash went all over on Twitter.

On Wednesday, the FIA launched a money laundering probe against the TikTok star after she claimed to have travelled to the United Kingdom with a hefty sum of cash.

The video was originally shared on Snack Video by an unknown user. Hareem Shah can be seen sitting with two stacks of British pounds. The social media star said that this was her first time where she had carried a “heavy amount” from Islamabad to London.

Lamenting the rupee depreciation, the TikToker said people feel sad when they convert the Pakistani currency into dollars or euros.

“The government had promised to increase the value of the green passport, but didn’t do anything. Sadly, they could only talk,” Shah said.

The star then went on to say that those travelling with significant sums of money should stay “alert & vigilant”. “They catch the common man. Their wrath gets to the common man only,” she said, adding that things were different in her case.

FIA officials decided to write to the British National Crime Agency to urge the body to probe Shah.

“Action is being locked against Shah under foreign exchange laws,” FIA said.

According to the FBR, a person can bring any amount of any currency to Pakistan but “going out with foreign currencies is permitted up to $10,000.”

As per the statement, Shah travelled from Jinnah International airport, Karachi, to Doha, Qatar, on January 10.

When contacted, Hareem Shah said she made the video “for entertainment purposes,” and didn’t make any transfer of cash.

SBP for ban of cryptocurrencies