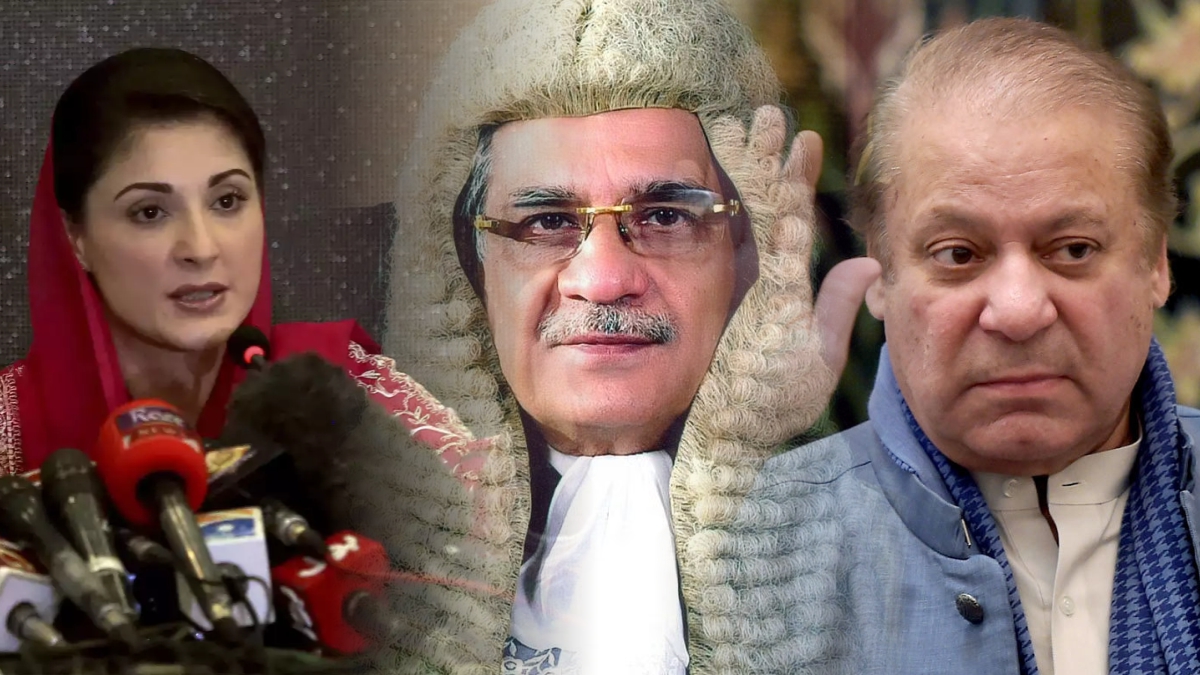 rubbished Monday the accusations levelled against him by the ex-chief judge of Gilgit Appellate Court Rana M Shamim, saying claims were “contrary to the facts”.

Nisar said he didn’t want to answer the “plain lies” of the ex-GB chief justice.

It merits mentioning that Nisar had ordered a joint investigation team (JIT) – in the Panamagate scandal – that led to the ouster of then prime minister Nawaz Sharif.

Nisar claimed that Shamim had requested him for an extension, but he did not accept his request.

He added that the ex-GB CJ had complained to him about the same.

The former CJP responded to a story published in a newspaper, which stated that Nawaz Sharif and Maryam Nawaz were kept in jail till the general elections, 2018, on the exclusive orders of Saqib Nisar.

Shamim said Nisar told him that Maryam and Nawaz must remain in jail until elections are over.

According to Shamim’s document in the court, he told Nisar that Nawaz had been falsely implicated.

The former chief justice denied the allegations levelled against him and said the report was a “self-motivated story”.

“I have not spoken to any high court judge or anybody in connection to any matter in link to Mian Sahab,” he said.

He said he could only remember conversing with Shamim when he called him to pay condolences about the demise of the latter’s wife.

“At that time, he voiced grievances regarding his extension,” recalled Nisar, adding that Shamim had “a dark motive” for making the claims.

When asked why he did not issue a statement on the matter, Nisar replied: “Why should I? I do not want to stoop to his level”.