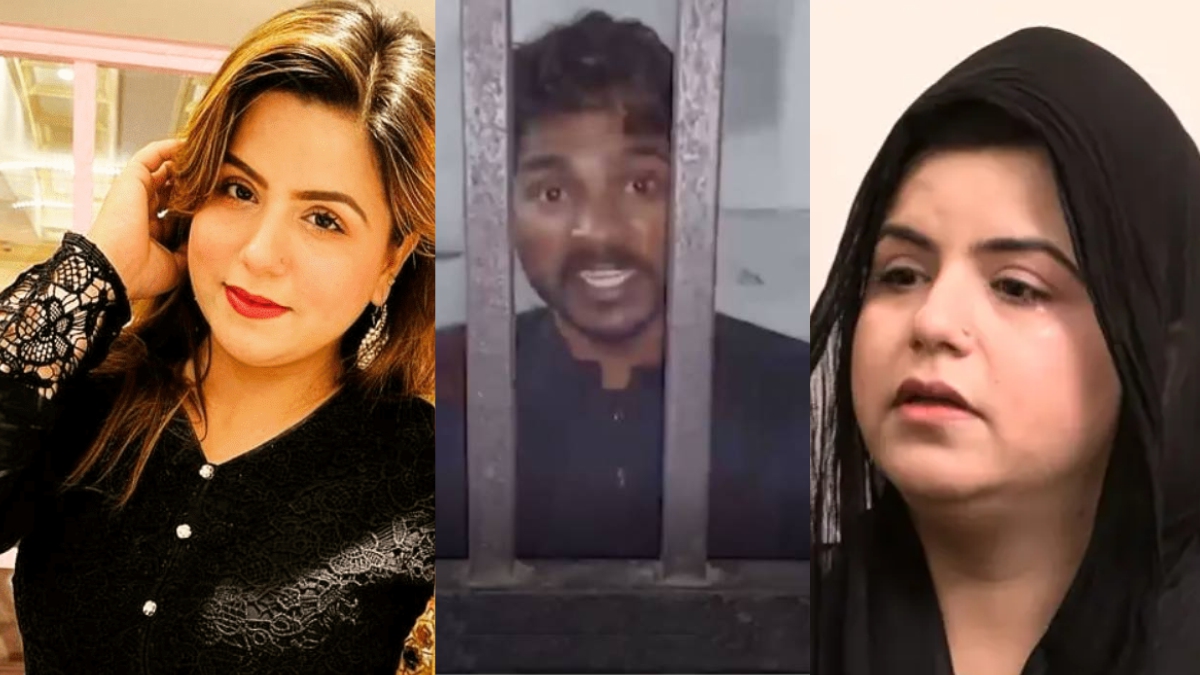 TikTok sensation Ayesha Akram’s partner Rambo has, while claiming innocence, said that it was not his decision to take Akram to Minar-e-Pakistan – the place where she got harassed by a mob of over 400 men.

His statement comes in the context of cops apprehending him for ‘blackmailing’ the victim.

Ayesha Akram had alleged her partner, Rambo, for the whole episode on Independence eve.

As per Rambo’s preliminary statement, he negated Ayesha and said that taking the latter to the Greater Iqbal Park was not his decision.

The accused, in a video statement, said it was the charged mob who had molested and manhandled the TikTok star. Detailing his side of the story, Rambo mentioned that he took Akram out from Minar e Pakistan with a lot of difficulties and ended up behind bars for ‘saving the young girl’.

Rambo also said that it was another guy who was supposed to visit Minar e Pakistan with Ayesha however he had to cancel the plan due to his brother’s demise – at the last minute.

Punjab police took action after Ayesha Akram’s complaint in which she alleged Rambo for blackmailing her with her personal and ‘explicit’ videos. She mentioned giving Rs1 million to Rambo as the latter runs a ‘TikTok gang’.

Police apprehended seven people on Friday, including Amir Sohail, aka Rambo, during various raids in the provincial capital. Cops conducted a raid in Rawalpindi to arrest a man named Badshah; however, he managed to escape.

As per her complaint, Rambo planned to go to Iqbal Park on Independence Day and trapped Ayesha in it. He and his colleagues also possess some immoral videos of her. However, in an older video circulating widely on social media, the TikToker claimed that Rambo hailed from a humble family, and she had supported him financially as he was like her younger brother.