Attack on Sikh Temple in Kabul 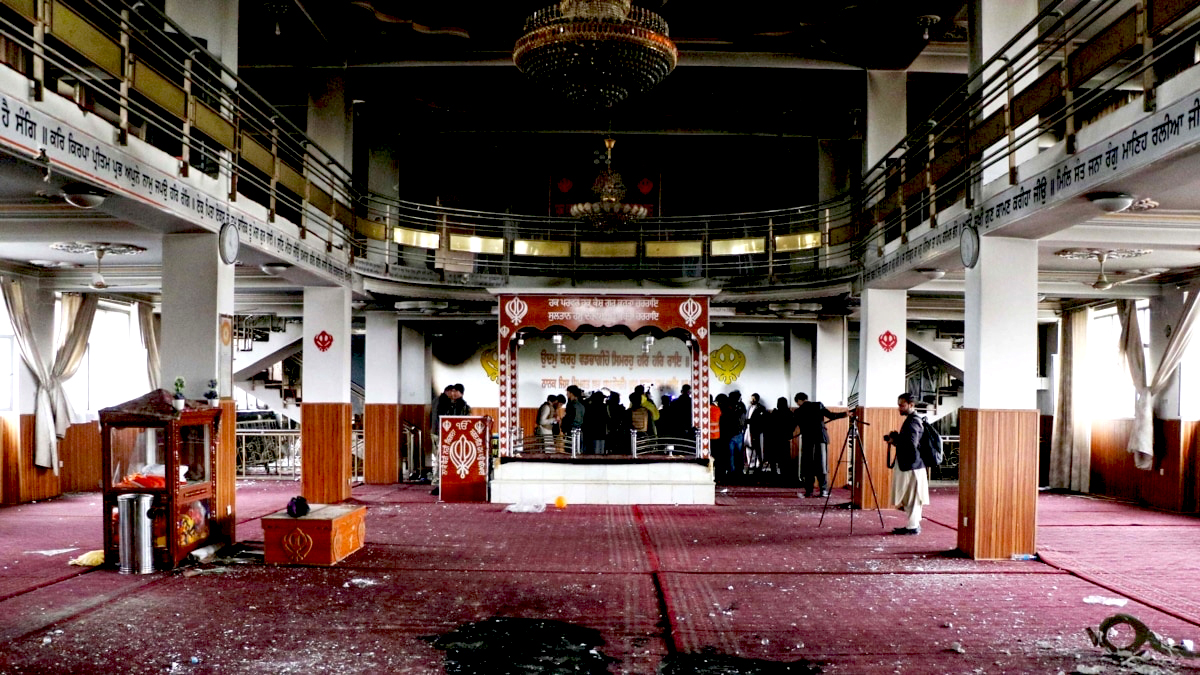 Officials say an attack on a Sikh temple in Kabul, Afghanistan’s capital, killed at least two people and injured seven others on Saturday, following a blast in a car packed with explosives, although no one has yet claimed responsibility.

Terrorist Loaded Explosivea Into A Car

Domestic broadcaster Tolo broadcasted footage of grey smoke billowing over the area. According to a Taliban interior spokesman, terrorists loaded explosives onto a car, but it detonated before reaching its intended target.

The facility was being secured by Taliban authority, he claimed.

No Idea How Many of Them Are Alive or Dead: Gornam Singh

“There were about 30 people inside the temple,” said Gornam Singh, a temple officer. “We have no idea how many of them are alive or dead.”

According to Reuters, temple officials were at a loss on what to do because the Taliban refused to let them in.

Taliban Fighter Was Killed During The Clearing Operation

The commander of Kabul’s military, according to a spokesman, has gained control of the region and cleared it of assailants. According to him, one Sikh worshipper was murdered in the attack, while one Taliban fighter was killed during the clearing operation.

The Taliban claim to have safeguarded Afghanistan since assuming power in August, but international officials and analysts think the threat of a return of violence persists.

The Islamic State militant group has claimed responsibility for a number of attacks in recent months.

Before the Taliban took control of Afghanistan, Sikhs were a small religious minority in the predominantly Muslim country, with only roughly 300 families. Many people fled after that, according to community members and the media.

Sikhs Have Been A Constant Target Of Voilence

Sikhs, like other religious minorities in Afghanistan, have been a constant target of violence. Islamic State claimed responsibility for a 2020 attack in Kabul that killed 25 people.

The terrorist incident was highly denounced by Pakistan.

“The recent wave of terrorist assaults on places of worship in Afghanistan concerns Pakistan,” the Foreign Office stated in a statement.