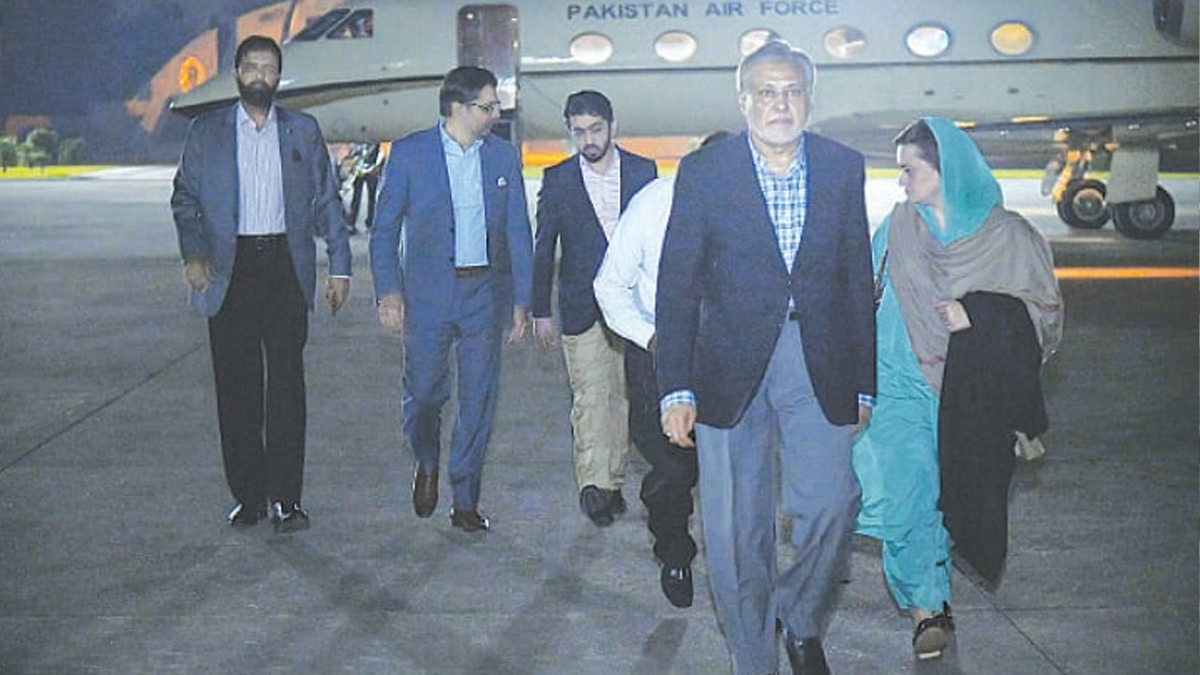 Take Over Control of Finance Ministry

Ishaq Dar, a primary member of the Pakistan Muslim League-Nawaz (PML-N), returned to Pakistan on Monday with Prime Minister Shehbaz Sharif to take over control of the finance ministry, which he had previously held on three times, ending a five-year self-exile.

He takes over for the controversial Miftah Ismail, who made the announcement of his resignation following a meeting with PML-N supreme leader Nawaz Sharif in London. According to reports, Mr. Ismail will formally submit his resignation today, and Mr. Dar will be sworn in on Tuesday, first as a senator and then as minister of finance.

The Ministry of Finance’s change of leadership occurs at a challenging time for the nation’s economy, which is plagued by default fears following a shock currency devaluation and catastrophic floods.

Upon the delegation’s return from a week-long trip to the United States, where they attended an important UN General Assembly meeting and urged the developed world to renegotiate the country’s debt in the wake of disastrous floods, Mr. Dar accompanied PM Shehbaz on board his personal plane.

The PM and Mr. Ismail had a fruitful meeting with the managing director of the International Monetary Fund (IMF), according to a member of the delegation to the US, and were able to obtain assurances for three important program relaxations in response to the devastation brought on by the super floods.

These relaxations include frontloading the remaining tranches by increasing the upcoming $1.1 billion tranche due in a few weeks, freezing existing petroleum product taxes for three months, adjusting electricity rates to reflect fuel cost increases, and easing current account and fiscal deficit targets to make room for imports of cotton, wheat, and rice.

This means that the amount of foreign currency required to make up for damaged cotton crops, lost wheat, and lost rice will not be taken into account when calculating the current account deficit target established under the fund program and that the difference in revenue from the sale of gasoline and higher power tariff subsidies will not be adjusted when calculating the fiscal deficit cap.