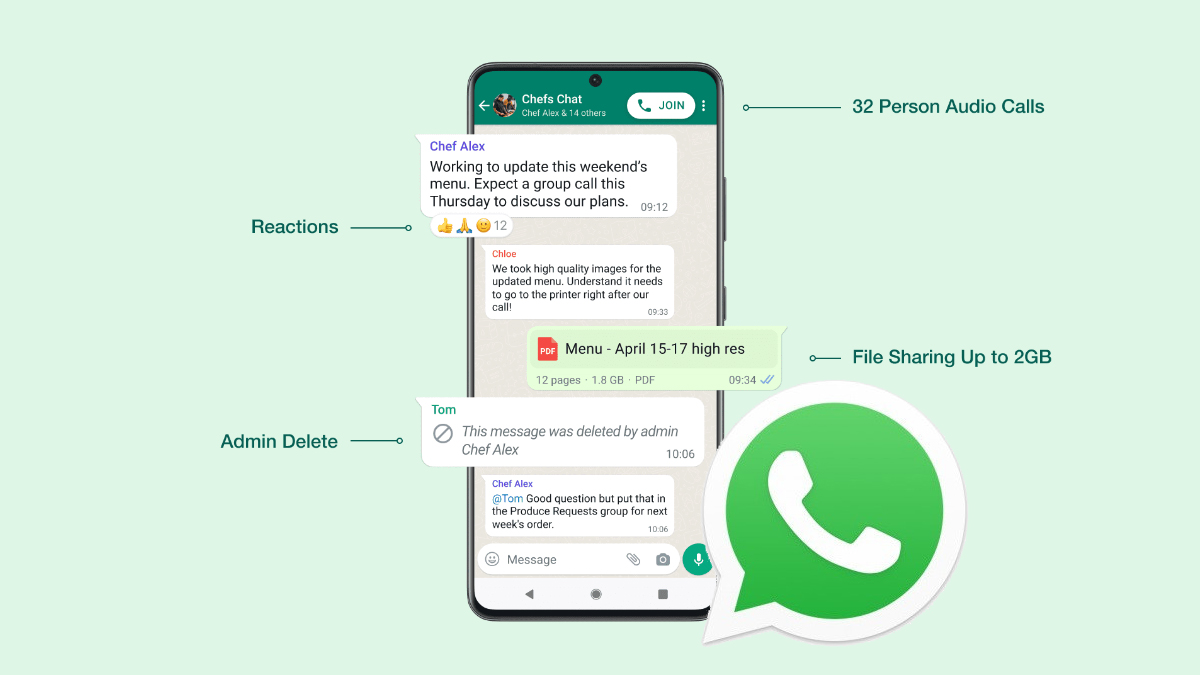 With an aim to make the Meta-owned WhatsApp more user friendly, the messaging platform has announced that it is rolling out several new features, including emoji reactions, larger files and groups.

WhatsApp is, without an ounce of doubt, the most popular mobile messaging platform around, but it lacks features that users have been demanding for years. This week, the WhatsApp team said that a few of them are coming out at last. The latest WhatsApp features emoji reactions, the ability to transfer files up to 2GB in size, and larger groups of up to 512 users.

Last month, the WhatsApp team said that a number of long-awaited features were being worked upon for the app. Emoji reactions topped the list, giving WhatsApp users the ability to “share their opinion without flooding chats with messages.”

WhatsApp confirmed that emoji reactions were available in the latest version of the app. Meta spokesperson Vispi Bhopti said that the feature should roll out for every user “in about a week.” So don’t stress out if you cannot react with emojis in your conversations at the moment. WhatsApp is also increasing the file size limit. Users can share files as large as 2GB with their contacts, protected by end-to-end encryption. This is a staggering spike from the previous 100MB limit.

The app recommends using WiFi for larger files, but you can send them with data if you prefer. The app will show a counter while downloading or uploading to let you know how long the transfer will take.

Finally, WhatsApp is giving users the option to include significantly more people in a group. The maximum number of members of a group doubled from 256 users to 512 users.

Communities also give admins the right to send announcements to all members of every group. They can also add or delete groups in the Community. According to the latest reports, communities should begin rolling out later this year.

Doctor Strange and its link with The Illuminati